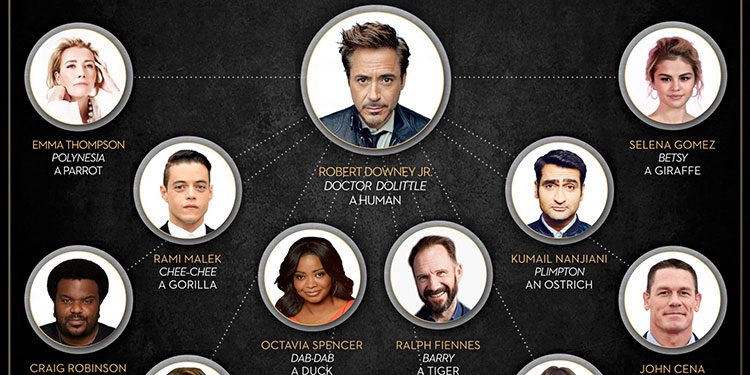 The will be based around Hugh Lofting’s famous children’s character, a doctor who tires of treating animals and learns to speak to animals. There’s no news on the exact story for this new version, but it will involve the Doctor will be going off on a big trip. The film is due out April 2019 and is planned as the first part of a new film franchise. END_OF_DOCUMENT_TOKEN_TO_BE_REPLACED 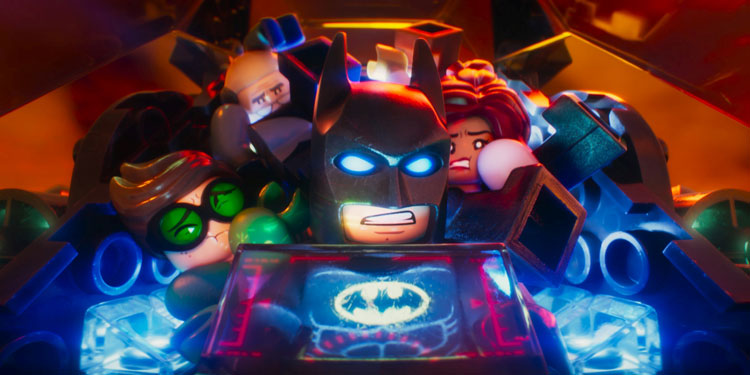 The Lego Movie was a surprise to many – a film that when it was announced sounded like such a bad idea turned out to be one of the funniest, most original animated movies of the last few years, and a major hit to boost. Warner Bros. suddenly realised they had the potential for something much bigger, so rather than just putting a sequel in the works, they started working on spin-offs, including a Ninjago movie and The Lego Batman Movie.

We first met the Lego version of Batman (Will Arnett) in The Lego Movie – an arrogant vigilante convinced of his own greatness and jealous of the praise other superheroes get. He starts out the same here, saving Gotham City from The Joker and a Rogues Gallery of villains, and confident about how awesome everyone thinks he is. However, he’s also obsessed with doing things alone, with the result that when he’s back at Wayne Manor, he only has his butler Alfred (Ralph Fiennes) for company. Batman thinks that for the best, but it may be because he’s afraid of having a family.

Things begin to unravel for him when he accidentally adopts an orphan, Dick Grayson (Michael Cera), and there’s a new police commissioner in town, Barbara Gordon (Rosario Dawson), who thinks there are major flaws in Batman’s ‘I work alone’ model. Despite the Caped Crusader’s heroics, Gotham is still the most crime-ridden city in the world, and so she thinks working together is the answer – but that’s anathema to Batman.

Then there’s the Joker (Zack Galifianakis), who is obsessed with being Batman’s greatest enemy. However, when Batman won’t admit his hatred for the clown-faced baddie, it sets Joker off on a path that eventually sees Sauron, Voldemort, King Kong, Daleks and many more escaping from the Phantom Zone and attacking Gotham.

As you can probably tell from that synopsis, The Lego Batman Movie is a very busy and slightly nuts movie. Parts of it are completely insane, but it doesn’t matter as it’s all done with an enormous wink. That’s amply demonstrated by the endless string of knowing references to pop culture, movie tropes, superhero cliché and Batman’s other on-screen adventures, from Adam West to Ben Affleck.

A lot of it is very funny, and while it does lag a little in the middle, for the vast majority of the film it’s so fast-paced, silly, self-referential and witty that you barely notice the occasional narrative flaw. Admittedly, quite a lot of the references fall flat, and there are moments when the movie is undoubtedly trying too hard, but it really doesn’t matter when the rest of the film is so much fun.

As with The Lego Movie, it never forgets that while zaniness will keep a smile on your face, what really makes an animated movie stand out is having real heart. The film invests a lot in building the emotional side of Batman’s self-imposed loneliness and the slow-build towards him realising that perhaps he does need other people in his life. It’s oddly sweet, allowing the movie to keep the narcissistic Caped Crusader who was so funny in The Lego Movie, but not having the audience quickly tire of his arrogance and start to dislike him.

There was a fair amount of talk on the film’s cinema release about the film’s gay undertones. While these things are often overstated in media report, with The Lego Batman Movie they’ve perhaps been underplayed. One of the central spines of the film is about the relationship between Batman and Joker, which is played 100% as a love story between the two men, but with the word ‘love’ replaced with ‘hate’. It is undoubtedly a gay romance albeit a very dysfunctional, unhealthy one. Bizarrely though it’s also rather sweet and affecting.

It’s also a film where two dads are raising a son (even if those two dads are the same person, Batman/Bruce Wayne, but Dick Grayson doesn’t know that), and where the thematic payoff is all about the importance and validity of chosen families. Add in Batman’s obsession with his abs, and there really is a surprising amount of gay-relevant content for a mainstream animated movie. They may not ‘say gay’ at any point, but it’s certainly not just tokenistic.

The Blu-ray release includes four new, very short, Lego Batman animated shorts, which are all okay but not particularly great. Better is what is essentially a five-minute promo for next year’s The Lego Ninjago Movie, featuring the epic battle between a martial arts master and a chicken. It’s a lot of fun, very silly, and suggests they may have another success on their hands in 2018. Add in some decent featurettes and other bits and pieces, and you have a pretty good disc for a very entertaining movie.

Overall Verdict: It may not be quite as good as The Lego Movie, but The Lego Batman Movie is still an awful lot of fun, with plenty to keep both kids and adults entertained (indeed, perhaps the latter even more than the former). 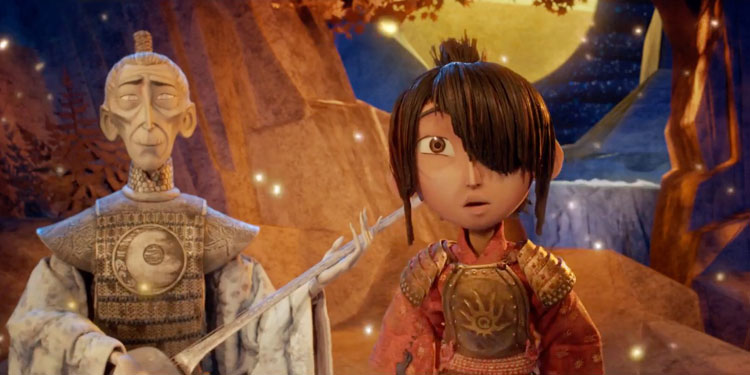 Kubo’s mother has told him there is one big rule – he must be home before darkness falls. However, while trying to honour his dead father the sun goes down and he comes under attack from his aunts. His mother uses the last magic to get Kubo to safety, telling him that his only way to protect himself is to find three magical pieces of armour that will make him nearly invulnerable. With his mother gone, Kubo’s only protection comes from Monkey, a charm that his mother brought to life as part of her final act, as well as Beetle, a man-size warrior bug they come across, who’s had his memory erased. END_OF_DOCUMENT_TOKEN_TO_BE_REPLACED 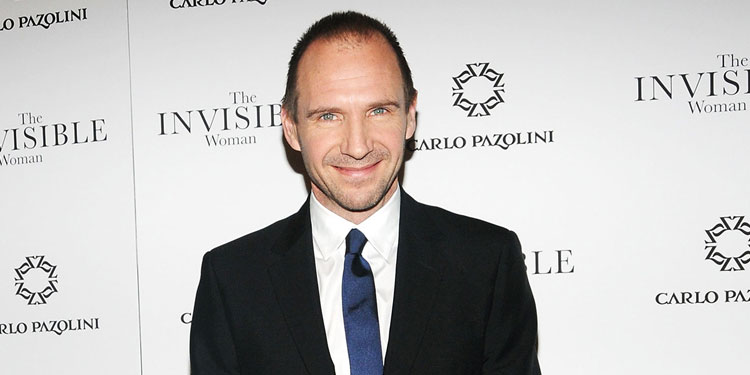 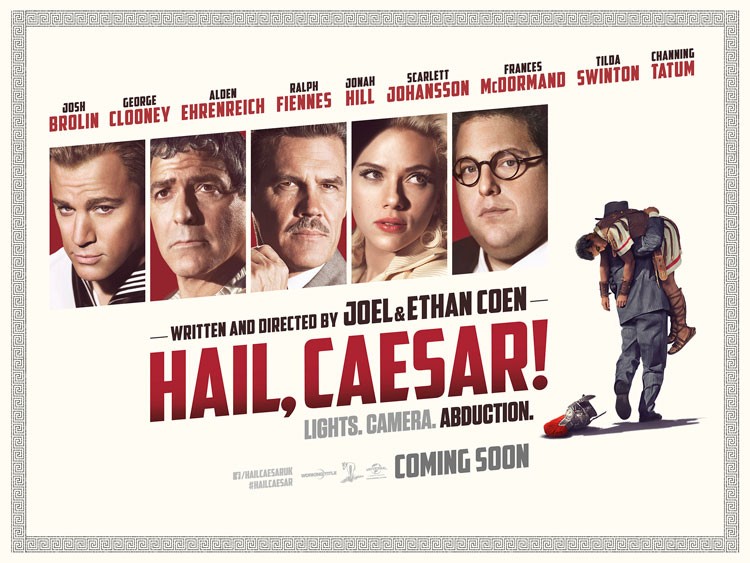 The film will be in UK cinemas on March 4th. END_OF_DOCUMENT_TOKEN_TO_BE_REPLACED