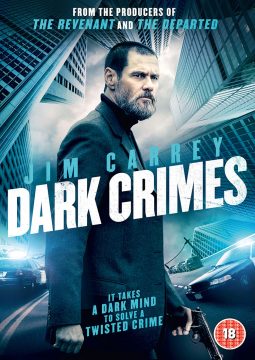 To celebrate the release of DARK CRIMES – available on DVD & Digital Download 9th July from Signature Entertainment – we have a DVD to giveaway!

Every crime reveals a story in this bold, unsettling Euro noir thriller starring a startlingly different Jim Carrey as a hardboiled detective in a story where the question isn’t whether you’ll uncover dark secrets, but when.

Jim Carrey commands the screen in this exciting new direction for the iconic actor, bringing to life a broken and well-weathered detective desperate to fan the last passionate ember that remains before his self-destruction. Carrey more than holds his own even opposite the equally powerful Charlotte Gainsbourg and Marton Csokas, whose own stand-out performance conjures a charismatic, yet tormenting antagonist who is as unpredictable as the twisted story.

For your chance to win Dark Crimes on DVD, answer the question below and fill in your details, then press submit! The competition closes on July 23rd, 2018, so get answering and good luck. END_OF_DOCUMENT_TOKEN_TO_BE_REPLACED 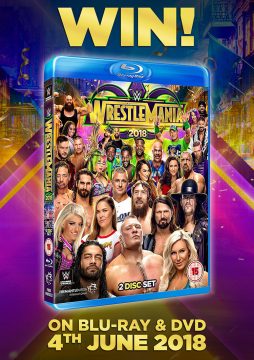 To celebrate the Blu-ray and DVD release of WrestleMania 34 (available to buy from 4th June 2018) – we are giving away a Blu-ray to one lucky winner!

WWE heads to New Orleans for its biggest show of the year, WrestleMania! Epic rivalries come to a head as WWE Superstars compete to add their names to the list of WrestleMania Legends. Featuring Ronda Rousey, John Cena, Brock Lesnar, Triple H, AJ Styles, Roman Reigns, The Undertaker and many more!

It’s one of the biggest WrestleManias of all time and a piece of sports-entertainment history in the making – an amazing five hours of action, surprises, and WrestleMania moments from the very best WWE Superstars!

Brock Lesnar defends his Universal Championship against Roman Reigns is a brutal, hard-hitting match. Ronda Rousey puts on an incredible performance in her WWE debut. Shinsuke Nakamura reveals how low he’ll go to become WWE Champion. The Undertaker answers John Cena’s challenge as only The Deadman can. There’s a surprise ending when the undefeated Asuka challenges Charlotte Flair for the SmackDown Women’s Championship. And Daniel Bryan has 78,000 fans on their feet chanting “Yes!” for his much-anticipated return to action!

This set is also stacked with bonus material, including all three matches from the WrestleMania Kickoff Show and the entire “Raw after Mania” – the biggest, most exciting edition of Raw from the entire year!

There’s also an added bonus when you buy WrestleMania 34 online at WWEDVD.co.uk or in Asda stores. You can pick up a limited edition version that includes a bonus DVD disc of the sensational NXT TakeOver: New Orleans!

Don’t miss out on this incredible show!

For your chance to win Wrestlemania 34 on Blu-ray, answer the question below and fill in your details, then press submit! The competition closes on June 17th, 2018, so get answering and good luck. END_OF_DOCUMENT_TOKEN_TO_BE_REPLACED 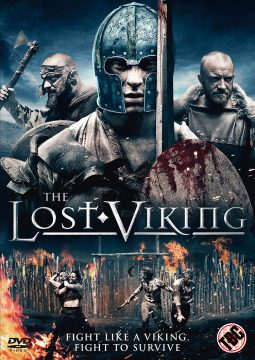 To celebrate the release of THE LOST VIKING – available on Digital HD and DVD 28th May 2018 – we are giving away a copy on DVD.

Bloody mayhem reigns supreme in this gritty Viking survival story set against a backdrop of the breathtaking Welsh landscape!

Starring the cast of Game of Thrones and Vikings, including rising British star Dean Ridge (Dunkirk, Doctor Strange), and featuring a dazzling array of bone-crushing gladiatorial pit fights and blood-shedding battles of epic proportion, The Lost Viking is the must-own adventure for adrenaline seekers and admirers of medieval action alike.

For your chance to win The Lost Viking on DVD, answer the question below and fill in your details, then press submit! The competition closes on June 11th, 2018, so get answering and good luck. END_OF_DOCUMENT_TOKEN_TO_BE_REPLACED 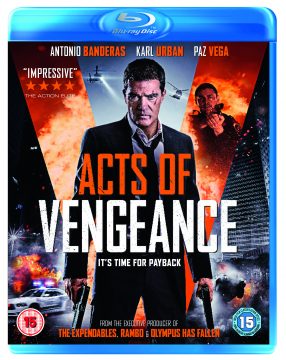 To celebrate the home entertainment release of ACTS OF VENGEANCE which will be available on digital download 23rd April and on DVD & Blu-ray from the 7th May 2018, we have a copy of the Blu-ray up for grabs, courtesy of Kaleidoscope Entertainment!

From the producers of The Expendables 1 and 2, Rambo, Olympus Has Fallen and London Has Fallen, comes Acts of Vengeance – an edge of your seat action thriller starring Antonio Banderas and Karl Urban. Banderas excels as a fast-talking lawyer who transforms his body and takes a vow of silence, not to be broken until he finds out who killed his family and has his revenge. With it’s astounding production pedigree, Acts of Vengeance is packed with intense action, perfect for fans of the Taken series.

Synopsis: Frank Valera (Banderas) is a high-powered corporate defence lawyer who lives for his wife and daughter, but unfortunately has little time for them. When he misses his child’s talent-show recital, remorse turns to concern when the duo don’t return home that night. Later, police lead him to their slain bodies in a storm drain, victims of a mysterious crime. Taking a vow of silence, not to be broken until he finds out who killed his family, Valera takes the law into his own hands to discover the truth, and get the ultimate revenge.

For your chance to win Acts Of Vengeance on Blu-ray, answer the question below and fill in your details, then press submit! The competition closes on May 13th, 2018, so get answering and good luck. END_OF_DOCUMENT_TOKEN_TO_BE_REPLACED 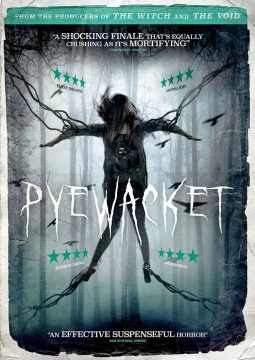 To celebrate the home entertainment release of PYEWACKET available now on Digital HD and on DVD from the 23rd April 2018, we have a copy of the DVD up for grabs, courtesy of Signature Entertainment!

Forget teen-friendly jump scares and Ouija board pranks – this the real deal, that goes deep into the dark heart of the occult. From the producer of cult hits The Void and The Witch, PYEWACKET can take its place alongside those other-wordly modern horror classics.

Adam MacDonald, who directed the impressive killer bear thriller Backcountry, has crafted a deliciously taut slow burner, with outstanding central performances from Nicole Munoz as witchcraft-obsessed teenager Leah, and The Walking Dead’s Laurie Holden as her mother. As surprising as it is inventive, the film plants a seed of dread from the moment teenager Leah performs an occult ritual in the woods, building to an excruciating climax that will do for the woods what Jaws did for the water. Although there are nods to other genre favourites – thumps in the attic recall The Exorcist, the house in the woods The Evil Dead – PYEWACKET is its own bone-chilling beast.

With an ominous, brooding score (by Bring Me The Horizon’s Lee Malia), PYEWACKET is an unnerving, original terror experience that will delight fear fans in search of a genuine creep out. Take a deep breath and prepare for your nerves to be shattered…

For your chance to win Pyewacket on DVD, answer the question below and fill in your details, then press submit! The competition closes on May 7th, 2018, so get answering and good luck. END_OF_DOCUMENT_TOKEN_TO_BE_REPLACED 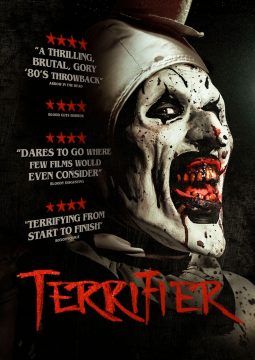 To celebrate the release of TERRIFIER – available on Digital HD 30th March and DVD 2nd April 2018 – we are giving away a copy on DVD.

A hair-raising homage to the grindhouse slashers, Terrifier is a thrilling, gory horror that introduces a new murderous icon in the form of Art the Clown. Set to haunt nightmares for many years to come, Art is an unstoppable force who will slay anyone who gets in his way – and he doesn’t go easy on the grue.

“Dares to go where few films would even consider” ★★★★ Bloody Disgusting

“Terrifying from start to finish” ★★★★ Boxofficebuz

For your chance to win Royal Rumble 2018 on Blu-ray, answer the question below and fill in your details, then press submit! The competition closes on April 14th, 2018, so get answering and good luck. END_OF_DOCUMENT_TOKEN_TO_BE_REPLACED