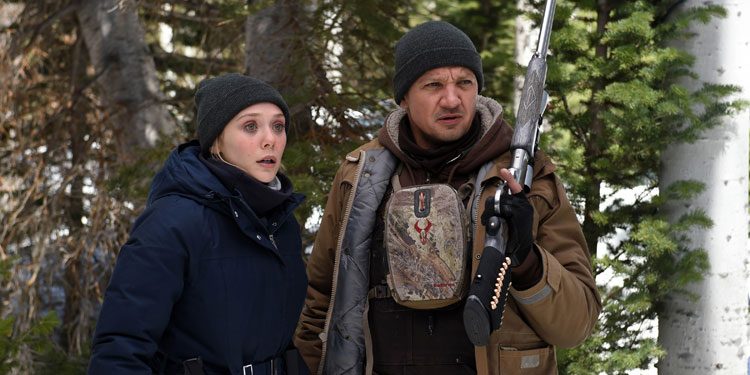 They not have spent much screentime together in Avengers: Age Of Ultron, but Jeremy Renner and Elizabeth Olsen must have liked each other enough to reteam for a rather different movie, which sees them hunting a killer in the icy wastes. The movie is Wind River, from Hell Or High Water screenwriter Taylor Sheridan, who also directs.

Here’s the synopsis: ‘U.S. Fish & Wildlife agent Cory Lambert discovers a body in the rugged wilderness of the Wind River Indian Reservation. The FBI sends in rookie agent Jane Banner, but she’s unprepared for the difficulties created by the oppressive weather and isolation of the Wyoming winter. When she employs Cory as a tracker, the two venture deep into a world ravaged by violence and the elements. Wind River is a stark look at life on the edge of an imposing wilderness, where the rule of law is eclipsed by the laws of nature.’

The movie is out in the US on August 4th, with a September 8th UK date set. Take a look at the trailer below. END_OF_DOCUMENT_TOKEN_TO_BE_REPLACED