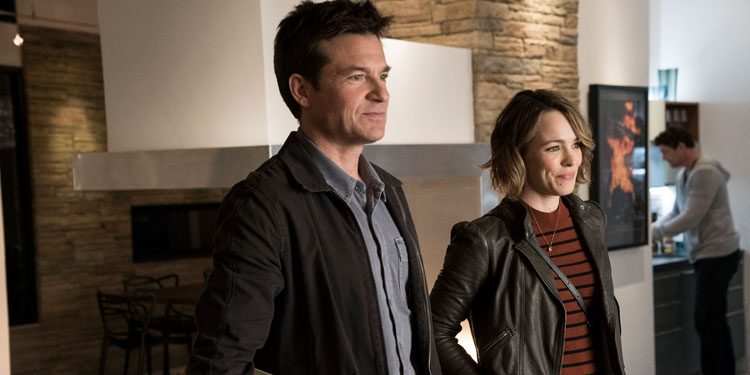 Synopsis: ‘Jason Bateman and Rachel McAdams star as Max and Annie, whose weekly couples game night gets kicked up a notch when Max’s charismatic brother, Brooks (Kyle Chandler), arranges a murder mystery party, complete with fake thugs and faux federal agents. So when Brooks gets kidnapped, it’s all part of the game…right? But as the six uber-competitive gamers set out to solve the case and win, they begin to discover that neither this “game”—nor Brooks—are what they seem to be.

‘Over the course of one chaotic night, the friends find themselves increasingly in over their heads as each twist leads to another unexpected turn. With no rules, no points, and no idea who all the players are, this could turn out to be the most fun they’ve ever had…or game over.

The comedy is due out March 2nd, 2018, but you can take a look at the new trailer for the movie below. END_OF_DOCUMENT_TOKEN_TO_BE_REPLACED

The reboot of the Vacation series didn’t get a vast amount of love from critics at the cinema. It meant that, as I often don’t like comedies others do think are good, I approached this one with a bit of trepidation and little hope that I’d like it. However, I was pleasantly surprised that while by no means a masterpiece, I found it enjoyable enough for 100 minutes.

The film truly is a reboot rather than remake, as it picks up the story of the Griswolds 30 years on from National Lampoon’s Vacation. Rusty Griswold (Ed Helms) is now grown up and has a family of his own. They’re a bit stuck in a rut though, with his wife, Debbie (Christina Applegate), feeling the sparkle has gone out of their marriage, and sons James (Skyler Gisondo) and Kevin (Steele Stebbins) constantly fighting – although it’s the younger child bullying the older. END_OF_DOCUMENT_TOKEN_TO_BE_REPLACED