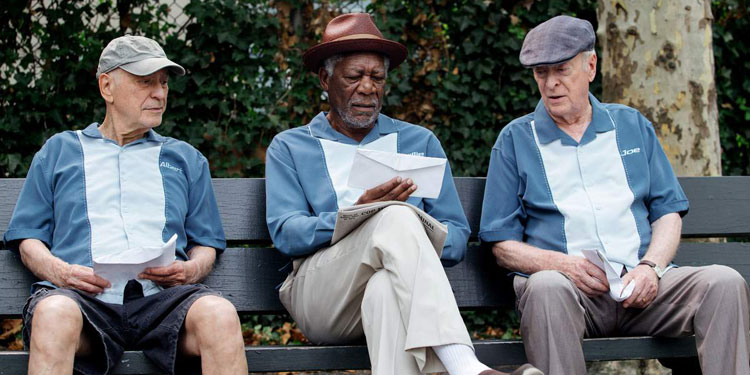 The movie is a remake of a 1979 film that starred George Burns, Art Carney and Lee Strasberg, who have here been replaced by Michael Caine, Morgan Freeman and Alan Arkin. The three men are lifelong friends whose old age is being put in jeopardy by shady corporate goings-on that are set to rob them of their pensions. END_OF_DOCUMENT_TOKEN_TO_BE_REPLACED