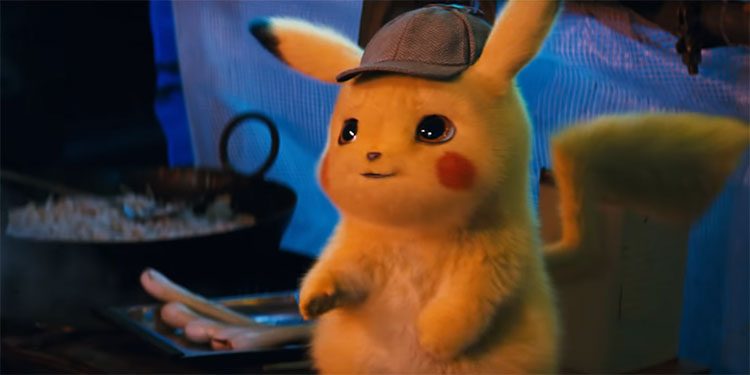 When it was announced Hollywood was working on a live-action film called Detective Pikachu, it sounded like a joke. Indeed, most people assume it was the sort of film that would quietly die in development and everyone involved would later wonder what on earth they were thinking about. However, then it got a massive shot in the arm when Ryan Reynolds signed up to be the voice of Pikachu.

Now the first trailer has arrived and dare we say it, it actually looks quite fun! Well, it looks utterly bizarre, but also fun, although some purists may not appreciate Pikachu’s newfound verbosity and wisecracking skills.

Here’s the synopsis: ‘The first-ever live-action Pokémon adventure, POKÉMON Detective Pikachu stars Ryan Reynolds (Deadpool, The Croods, Green Lantern) as Pikachu, the iconic face of the global Pokémon phenomenon – one of the world’s most popular, multi-generation entertainment properties and the most successful media franchise of all time. The world of Pokémon comes to life!

‘Fans everywhere can now experience Pikachu on the big screen as never before, as Detective Pikachu, a Pokémon like no other. The film also showcases a wide array of beloved Pokémon characters, each with its own unique abilities and personality.

‘The story begins when ace private eye Harry Goodman goes mysteriously missing, prompting his 21-year-old son Tim to find out what happened. Aiding in the investigation is Harry’s former Pokémon partner, Detective Pikachu: a hilariously wise-cracking, adorable super-sleuth who is a puzzlement even to himself. Finding that they are uniquely equipped to communicate with one another, Tim and Pikachu join forces on a thrilling adventure to unravel the tangled mystery. Chasing clues together through the neon-lit streets of Ryme City – a sprawling, modern metropolis where humans and Pokémon live side by side in a hyper-realistic live-action world—they encounter a diverse cast of Pokémon characters and uncover a shocking plot that could destroy this peaceful co-existence and threaten the whole Pokémon universe.’

The film is due in cinemas May 2019. Take a look at the first trailer and poster below. END_OF_DOCUMENT_TOKEN_TO_BE_REPLACED 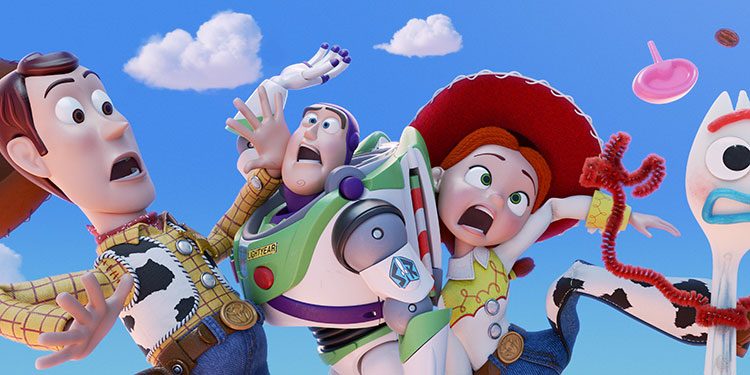 Pixar has come a long way from the company that once refused to countenance the idea of making sequels to its movies. We’re now getting ready for the fourth Toy Story film, but as the first three were so good, that’s certainly not a bad thing. That said, the voice cast has been talking about how emotionally it difficult was to record the final scenes – so prepare to have your heart ripped out by Woody and co. once more.

Here’s the synopsis: ‘Woody has always been confident about his place in the world and that his priority is taking care of his kid, whether that’s Andy or Bonnie. But when Bonnie adds a reluctant new toy called “Forky” to her room, a road trip adventure alongside old and new friends will show Woody how big the world can be for a toy. Directed by Josh Cooley (“Riley’s First Date?”) and produced by Jonas Rivera (“Inside Out,” “Up”) and Mark Nielsen (associate producer “Inside Out”), Disney•Pixar’s “Toy Story 4” ventures to UK cinemas on the 21st June 2019.’

The first image, teaser trailer and poster have now been released. Take a look at them below. END_OF_DOCUMENT_TOKEN_TO_BE_REPLACED 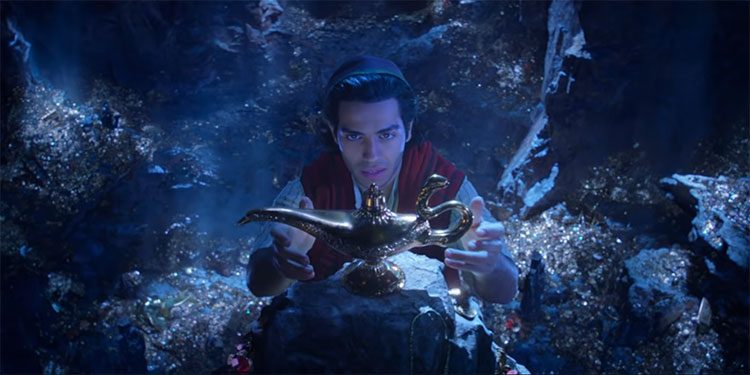 Synopsis: ‘Aladdin is the exciting tale of the charming street rat Aladdin, the courageous and self-determined Princess Jasmine and the Genie who may be the key to their future. Directed by Guy Ritchie, who brings his singular flair for fast-paced, visceral action to the fictitious port city of Agrabah, the film is written by John August and Ritchie based on Disney’s Aladdin.

Aladdin stars Will Smith as the larger-than-life Genie; Mena Massoud as the charming scoundrel Aladdin; Naomi Scott as Jasmine, the beautiful, self-determined princess; Marwan Kenzari as Jafar, the powerful sorcerer; Navid Negahban as the Sultan concerned with his daughter’s future; Nasim Pedrad as Dalia, Princess Jasmine’s free-spirited best friend and confidante; Billy Magnussen as the handsome and arrogant suitor Prince Anders; and Numan Acar as Hakim, Jafar’s right-hand man and captain of the palace guards.

‘The film is produced by Dan Lin and Jonathan Eirich with Marc Platt and Kevin De La Noy serving as executive producers. Alan Menken provides the score, which includes new recordings of the original songs written by Menken and lyricists Howard Ashman and Tim Rice and two new songs written by Menken and songwriters Benj Pasek and Justin Paul. The film, which was shot on practical stages in London and on location amidst the stunning desert vistas of Jordan, has a talented creative team helping to bring Agrabah to life, including: director of photography Alan Stewart, production designer Gemma Jackson and costume designer Michael Wilkinson.’

The film is due in cinemas May 2019. Take a look at the teaser trailer and poster below. END_OF_DOCUMENT_TOKEN_TO_BE_REPLACED 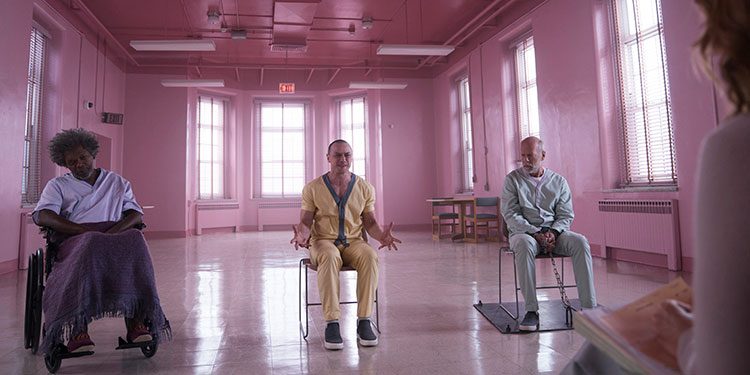 M. Night Shyamalan ​pulled another of his trademark surprises in last year’s multiple personality thriller Split, when it was revealed the whole thing was taking place in the same universe as the director’s 2000 movie, Unbreakable. Now the worlds of those two films are coming together for glass.

Here’s the synopsis: ‘M. Night Shyamalan brings together the narratives of two of his standout originals—2000’s Unbreakable, from Touchstone, and 2016’s Split, from Universal—in one explosive, all-new comic-book thriller: Glass. From Unbreakable, Bruce Willis returns as David Dunn as does Samuel L. Jackson as Elijah Price, known also by his pseudonym Mr. Glass. Joining from Split are James McAvoy, reprising his role as Kevin Wendell Crumb and the multiple identities who reside within, and Anya Taylor-Joy as Casey Cooke, the only captive to survive an encounter with The Beast. Following the conclusion of Split, Glass finds Dunn pursuing Crumb’s superhuman figure of The Beast in a series of escalating encounters, while the shadowy presence of Price emerges as an orchestrator who holds secrets critical to both men.’

Take a look at the new trailer below. The film is due to hit cinemas next January. END_OF_DOCUMENT_TOKEN_TO_BE_REPLACED 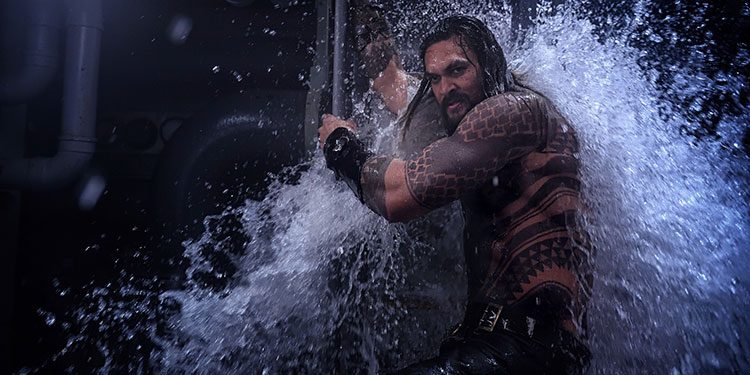 After watching the Aquaman extended trailer it’s difficult to tell whether this is going to be ridiculously cool, or quite possibly the stupidest mega-budget movie ever made. Indeed, the fact they bothered to release a five-minute look at the movie is evidence that Warner Bros. knows a lot of people are uncertain about the film.

At the moment though, there’s still plenty of hope for the former, not least ebcause director James Wan (Saw, The Conjuring, Insidious, Fast & Furious 7) has an impressive track record of making films that are far more entertaining that you might expect.

Here’s the synopsis: ‘From Warner Bros. Pictures and director James Wan comes an action-packed adventure that spans the vast, visually breathtaking underwater world of the seven seas, “Aquaman,” starring Jason Momoa in the title role. The film reveals the origin story of half-human, half-Atlantean Arthur Curry and takes him on the journey of his lifetime—one that will not only force him to face who he really is, but to discover if he is worthy of who he was born to be…a king.

‘AQUAMAN will release in UK cinemas on December 14.’ END_OF_DOCUMENT_TOKEN_TO_BE_REPLACED 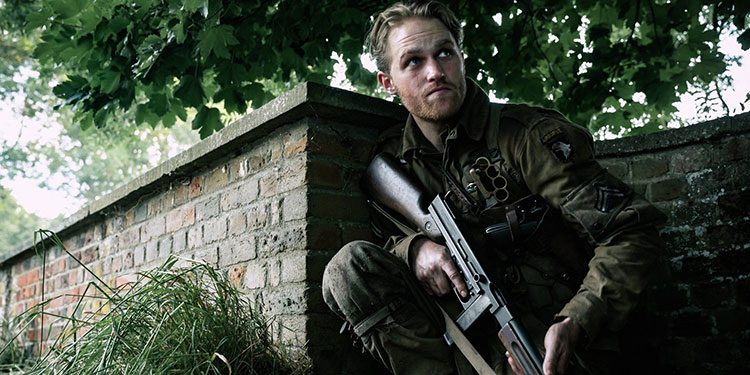 You just can’t trust them Nazis, they’re always doing naughty things. That’s certainly true in Overlord, where the Nazis have created a village full of zombies.

Here’s the synopsis: ‘On the eve of D-Day, American paratroopers are dropped behind enemy lines to carry out a mission crucial to the invasion’s success. But as they approach their target, they begin to realize there is more going on in this Nazi-occupied village than a simple military operation. They find themselves fighting against supernatural forces, part of a Nazi experiment.’

It’s the first R-rated movie from Bad Robot, JJ Abrams’ production company, and it certainly looks like it might be an interesting one (although probably not another secret Cloverfield movie that some have assumed it would be). Take a look at the trailer below. It’ll be in cinemas in November 7th. END_OF_DOCUMENT_TOKEN_TO_BE_REPLACED