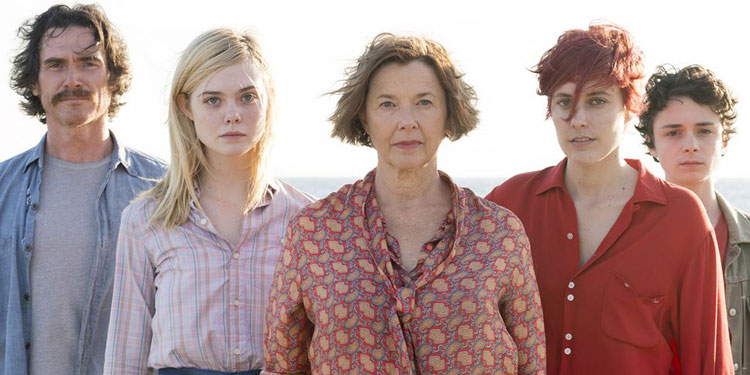 Mike Mills last film was the touching Beginners, about a man (Ewan McGregor) shocked by the revelation that his ageing father (Christopher Plummer) is gay. Now he’s back with 20th Century Women, which takes us back to the 1970s.

Here’s the synopsis: ‘Written and directed by acclaimed writer and director Mike Mills (Beginners, Thumbsucker), and starring 4-time Academy Award® Nominee Annette Bening (The Kids Are All Right, American Beauty), Greta Gerwig (France Ha, Greenberg) and Elle Fanning (Maleficent, Super 8). 20th Century Women tells the story of three remarkable women, each from a different era of the 20th century, coming together to help teach a teenage boy about life and love, sex and freedom, men and women.  Set in Santa Barbara in the summer of 1979, filled with punk-rock verve, 20th Century Women takes a humorous and heartfelt look at how we figure out who we are.’

The movie premieres at the New York Film Festival this October, and should in UK cinemas next year. Take a look at the trailer below. END_OF_DOCUMENT_TOKEN_TO_BE_REPLACED