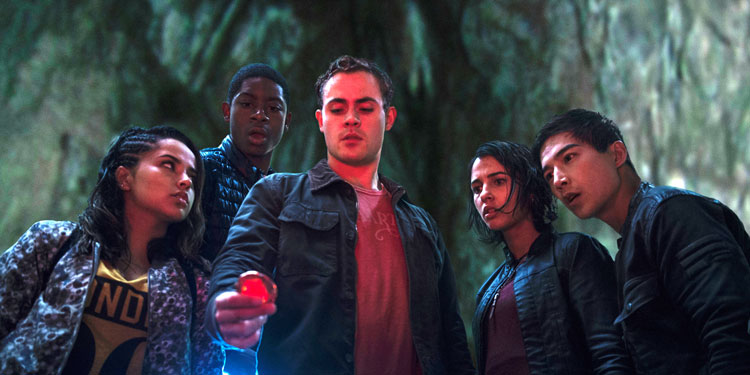 I’m a bit confused. It’s called Power Rangers, but no one is wearing spandex, there are no men in slightly cardboard looking suits, and no CGI that looks like it was made in 10 minutes on a ZX Spectrum. Perhaps most confusing is that Rita Repulsa’s mouth now moves in time with what she’s saying. It’s all very strange.

It’s time for an origin story though. The film opens with Bryan Cranston causing the end of the dinosaurs. Well, Cranston’s alien Power Ranger, Zordon, does anyway, dying himself in the process of stopping evil former ranger, Rita Repulsa (Elizabeth Banks). END_OF_DOCUMENT_TOKEN_TO_BE_REPLACED