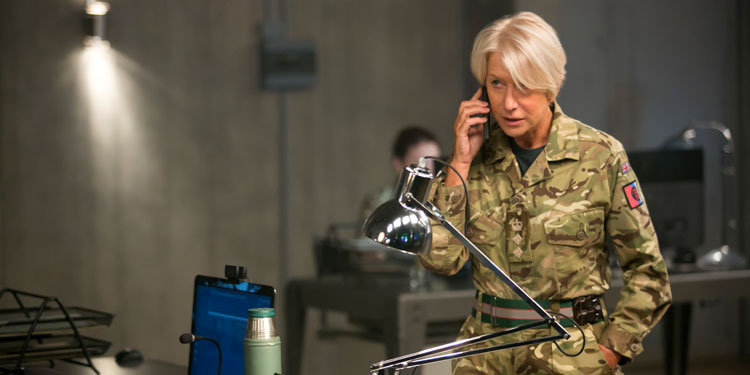 In Nairobi, a British and American task force are tracking some Islamic extremist terrorists, but are mainly doing so from afar, using drones controlled from the US and other tech piloted by a local (Barkhad Abdi) on the ground. They discover that three of their most wanted targets are together in a house. However, plans to capture them quickly change to the need for a possible kill-strike, when they realise there are bomb belts in the house and a suicide attack is imminent. Things get even more complex when a young girl enters the kill zone and they realise a strike is likely to kill her. END_OF_DOCUMENT_TOKEN_TO_BE_REPLACED