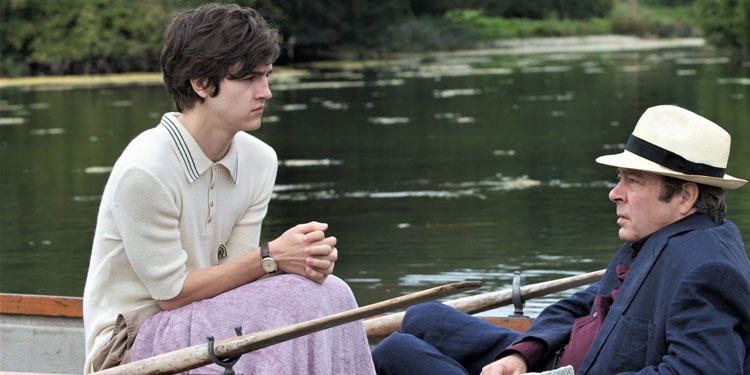 Stephen Fry’s debut novel, The Hippopotamus, has gained a lot of fans since its debut in 1994. It would seem like a good candidate for a film version. Sadly though, what we’ve got is rather limp.

Ted Wallace (Roger Allam) is a famous poet who hasn’t written anything for years, and whose very vocal cynicism causes him to lose his main means of support – as a theatre critic. In order to make money he agrees to go to the grand house of his former friend, Michael Logan (Matthew Modine), under the guise of visiting his godson, David (Tommy Knight). END_OF_DOCUMENT_TOKEN_TO_BE_REPLACED