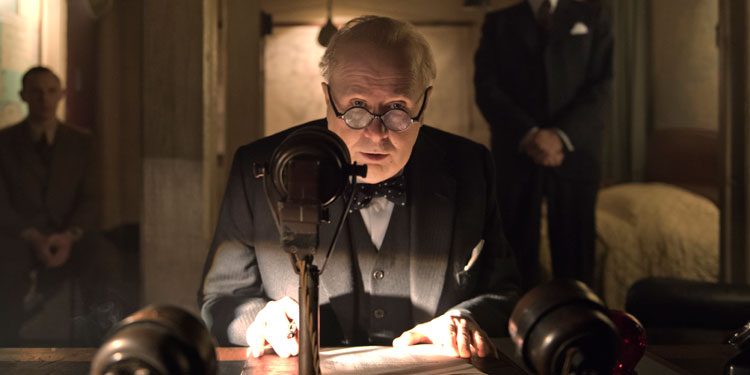 If you need an actor to play Winston Churchill look no further than Harry Potter. The great Gary Oldman is the fifth man to play the wartime PM relatively recently after Timothy Spall, Robert Hardy, Michael Gambon and Brendan Gleeson, and he certainly has the gravitas to carry it off. That’s evidenced by his recent Golden Globe win and BAFTA nomination (the film also scored another eight nominations). Despite that, what he doesn’t have is a script that helps him out much, or a director who brings the story to life. A shame, as it could have been so much more, set during a pivotal month in WWII. END_OF_DOCUMENT_TOKEN_TO_BE_REPLACED 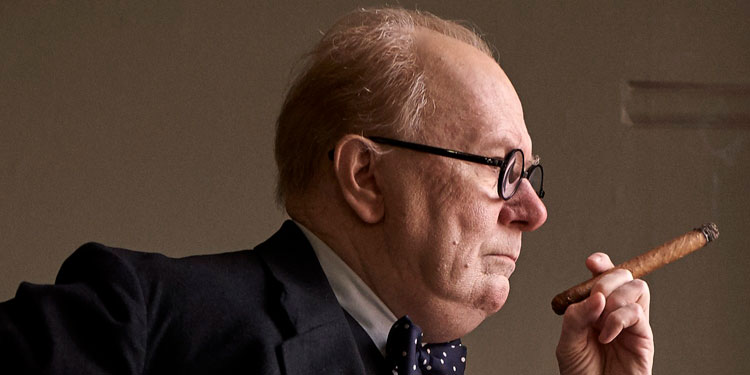 When you first look at Gary Oldman, you wouldn’t think he’d be the first choice to play British wartime Prime Minister Winston Churchill. However, as the pic above and trailer below show that after an impressive transformation, he’s far better than you’d think.

Here’s the synopsis for the Darkest Hour, ‘A thrilling and inspiring true story begins on the eve of World War II as, within days of becoming Prime Minister of Great Britain, Winston Churchill (Academy Award nominee Gary Oldman) must face one of his most turbulent and defining trials: exploring a negotiated peace treaty with Nazi Germany, or standing firm to fight for the ideals, liberty and freedom of a nation. As the unstoppable Nazi forces roll across Western Europe and the threat of invasion is imminent, and with an unprepared public, a skeptical King, and his own party plotting against him, Churchill must withstand his darkest hour, rally a nation, and attempt to change the course of world history.’