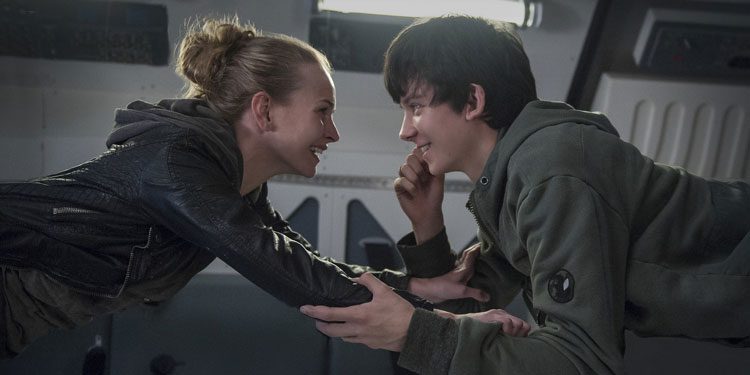 A couple of years ago Asa Butterfield was in space as the talented title character in Ender’s Game. Now he’s going back for The Space Between Us, a sci-fi teen love story. It also has a slight feel of the sort of existential science fiction the 1970s gave us.

Here’s the synopsis: ‘Described as being a “star-crossed science fiction love story,” The Space Between Us follows two teens from different worlds. Gardner Elliot, the first human born on Mars, is secretly raised in an experimental colony after his astronaut mother dies during childbirth. Sixteen years later, Gardner begins an online romance with a girl living in Colorado and hatches a plan to travel across the universe to meet her. Now, on the run, with Earth’s gravity threatening his very existence, Gardner must race against time and nature to find his love and win her heart. Once united, the two teens venture to seek out the enigmatic billionaire who funded the original expedition to Mars, in hopes of uncovering information about Gardner’s mother and the mysterious circumstances surrounding how Gardner came into existence.’

Take a look at the trailer below. The movie will be out later this year. END_OF_DOCUMENT_TOKEN_TO_BE_REPLACED