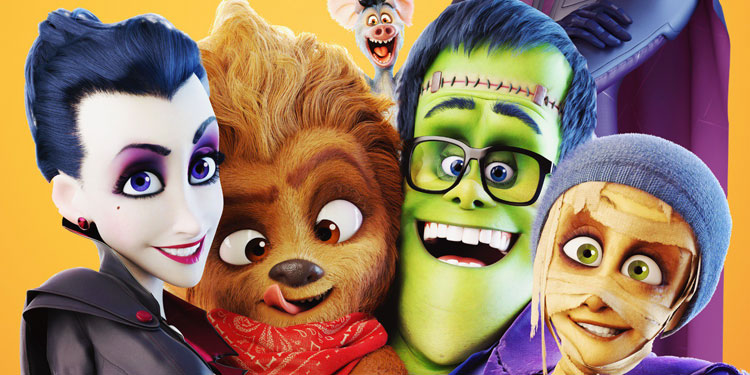 The problem with a lot of the CG animated movies that aren’t backed by big studios and enormous budgets is that the end result looks a little shoddy. It’s great to see then a British/German independent production that both looks polished and as if it might be quite fun.

‘Based on David Safier’s best-selling novel, MONSTER FAMILY follows the very much unhappy Wishbone clan, Frank, Emma and their kids Max and Fay – under pressure and constantly at each other’s throats. When they are cursed by an evil witch and transformed into their own monstrous party costumes, they must pull together to battle real-life beasts; reverse the curse; and prove that even a vampire, a mummy, a werewolf, and Frankenstein’s monster can eventually form one big happy family. When the Wishbones snap, only love can stitch them back together…’

Monster Family will be released in cinemas across the UK & Ireland on 2nd March, 2018. Take a look at the trailer below. END_OF_DOCUMENT_TOKEN_TO_BE_REPLACED 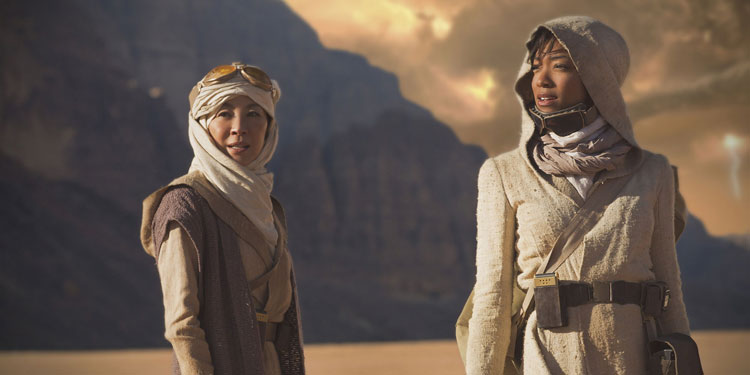 After several delays which have meant it won’t be released until almost a year after it was originally due, Star Trek: Discovery is on its way, starting on September 25th. To tie in with its ppearance at Comic Con, a trailer has been released, which shows this is not like the TV Star Trek we’ve seen before.

It’s big, it’s expensive, it’s explosive and has a much more intense and dangerous feel than earlier incarnations of the franchise. It’s not too surprising, as those behind the show have often spoken of how thye were breaking the mould, such as having an ongoing plot rather than completely separate instalments, and that it would allow major characters to disagree and dislike each other, which rarely happened in earlier shows.

While some purists are likely to be upset, there are a few nods to them, such as the appearance from classic Original Series character Harry Mudd (Rainn Wilson), who will be a recurring character in the show. Largely though, it concentrates on Sonequa Martin-Green as Michael Green (who will be the central character), Jason Isaacs as Captain Lorca and Michelle Yeoh as Captain Georgiou.

The show will begin streaming on CBS All Access in the US, and Netflix in the rest of the world, starting on Spetember 25th. Take a look at the trailer below. END_OF_DOCUMENT_TOKEN_TO_BE_REPLACED 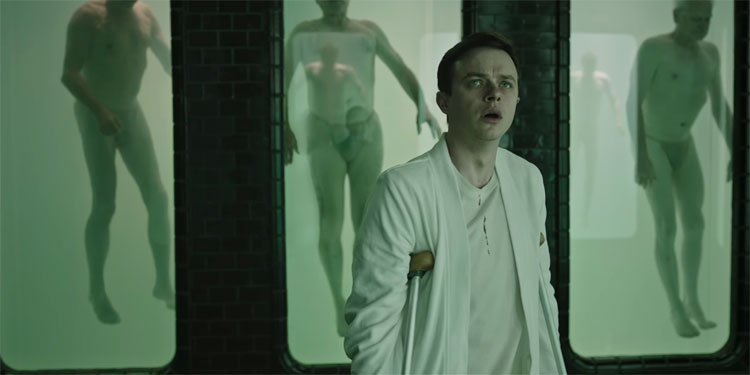 There were quite a few movies that ponied up the cash for a 30 second spot during the Super Bowl. They might be expensive, with with over 100 million Americans watching, it can be worth it. One of the films that featured during the game break was The Cure For Wellness.

Here’s the synopsis: ‘An ambitious young executive is sent to retrieve his company’s CEO from an idyllic but mysterious “wellness center” at a remote location in the Swiss Alps. He soon suspects that the spa’s miraculous treatments are not what they seem. When he begins to unravel its terrifying secrets, his sanity is tested, as he finds himself diagnosed with the same curious illness that keeps all the guests here longing for the cure.’

The movie will be in UK cinemas on February 24th. END_OF_DOCUMENT_TOKEN_TO_BE_REPLACED

Before Gore Verbinski spent many years making Pirates Of The Caribbean movies, he really broke out with the US remake of The Ring. Now he’s returning to the horror realm for the freaky looking A Cure For Wellness.

Here’s the synopsis: ‘An ambitious young executive is sent to retrieve his company’s CEO from an idyllic but mysterious “wellness center” at a remote location in the Swiss Alps. He soon suspects that the spa’s miraculous treatments are not what they seem. When he begins to unravel its terrifying secrets, his sanity is tested, as he finds himself diagnosed with the same curious illness that keeps all the guests here longing for the cure. From Gore Verbinski, the visionary director of THE RING, comes the new psychological thriller, A CURE FOR WELLNESS.

‘Starring Jason Isaacs, Dane DeHaan, Mia Goth and Adrian Schiller’ The film will be in cinemas next year. END_OF_DOCUMENT_TOKEN_TO_BE_REPLACED