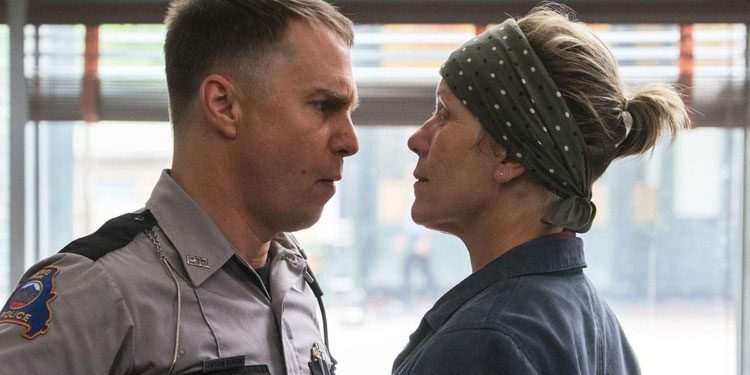 The big winner at the British Academy Film Awards was Three Billboards Outside Ebbing, Missouri, which was named Best Film and Outstanding British Film (despite being set in the US, it was made with largely British and Irish money and expertise), with Martin McDonagh winning Original Screenplay, Sam Rockwell taking Supporting Actor, and Frances McDormand receiving the BAFTA for Leading Actress. It cements its position as the frontrunner for the Oscars.

However, while it will probably do well at the Academy Awards, it’s seeming increasingly unlikely McDonagh will take Best Director. As at several other ceremonies, that award went elsewhere, with Guillermo Del Toro picking up the gong for The Shape Of Water. That film also saw Alexandre Desplat collect the Original Music award, and it picked up Best Production Design.

Gary Oldman won Leading Actor for Darkest Hour; the film also won the award for Make Up & Hair, while Supporting Actress went to Allison Janney for her role as Tonya Harding’s mother in I, Tonya. Roger Deakins won his fourth BAFTA for Cinematography for Blade Runner 2049, which also won for Special Visual Effects.

Although Call Me By Your Name went into the award season as one of the top contenders, at the larger ceremonies it’s tended to be muscled out by other movies. However, at the BAFTAs it did at least pick up one award, with James Ivory nabbing Best Adapted Screenplay. It’s the veteran filmmaker’s first BAFTA since winning Best Film for Howards End back in 1992.

Take a look below for the full list of winners. END_OF_DOCUMENT_TOKEN_TO_BE_REPLACED

CHECK OUT THESE RELATED ARCHIVES:
FILMS: Three Billboards Outside Ebbings Missouri, The Shape Of Water