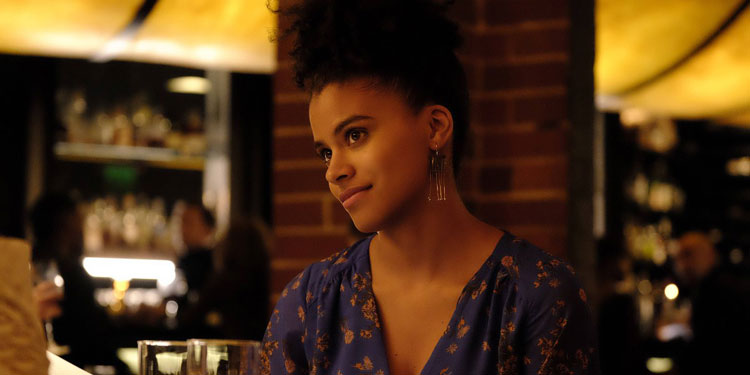 Deadpool 2 will be introducing us to some more new mutants we haven’t seen on the big screen before, and one who’ll be taking a major role is Domino, the expert marksman whose abilities allow her to alter the laws of probability, allowing her to control things such as bullets that are in her field of vision. While a few name have been rumoured for the role, it’s now been revealed that Zazie Beetz will take on the role.

Beetz is best known for starring in Donald Glover’s Atlanta, but this will be by far her highest profile film role so far. Ryan Reynolds revealed the news via the Tweet you can see below.

Now much has been announced about the plot, but it is known that Domino will be a major part of the movie, teaming up with Deadpool, who isn’t likely to want to do much teaming. Some have suggested that bringing Dominio in means Fox is hoping to move things towards an X-Force movie, the superhero team that Domino and sometimes Deadpool is a part of. Although Logan and Deadpool seem like pretty much the polar opposites of the X-Men universe. Alongside Wolverine adventure Logan in cinemas this weekend comes a specially filmed teaser for Deadpool 2, letting us know the character will be back soon.

Now that teaser has arrived on the web, showing us that while directing duties may be moving from Tim Miller to John Wick co-director David Leitch, the tone and sardonic humour will be very much intact. The nearly four-minute teaser is actually more like a short film, with Deadpool showing that sometimes the superhero cliches – in this case changing from street clothes into your hero outfit – are easier said than done. And yes, there’s plenty of fourth wall breaking, not least that Logan is playing in a cinema in the background.

Take a look at the new vid below, which even finds time for a Stan Lee cameo. Deadpool 2 is due out March 2018. END_OF_DOCUMENT_TOKEN_TO_BE_REPLACED