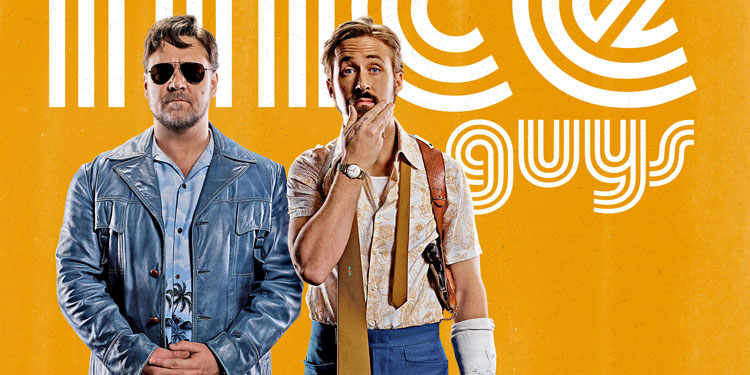 Shane Black had a huge hit with Iron Man 3, but the Kiss Kiss Bang Bang writer/director is returning to the world of neo-noir with a dash of humour, with The Nice Guys. He’s lined up a great cast, including Ryan Gosling, Russell Crowe, Matt Bomer, Kim Basinger and Margaret Qualley.

A red band trailer is now here, which certainly makes it look like the film might be fun.

And as you’ll see in the promo below, also seems to involve Matt Bomer really, really wanting to shoot them.

The Nice Guys will be in cinemas next summer. END_OF_DOCUMENT_TOKEN_TO_BE_REPLACED