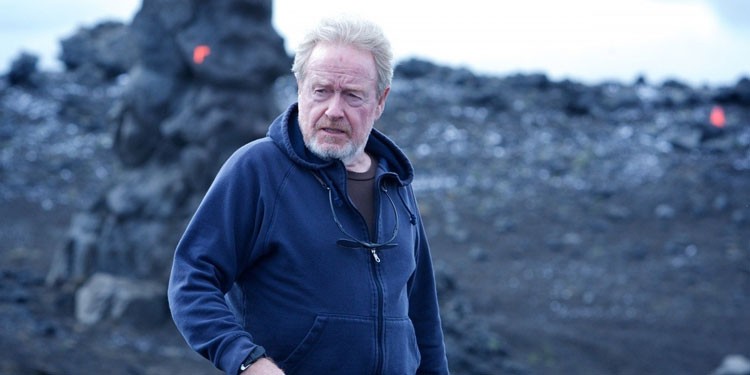 Ridley Scott recently turned 80, but he’s showing no signs of slowing down. He released two movies in 2017 (Alien: Covenant and All The Money In The World), and now he’s lining up his next flick.

Variety reports that the current most likely contender is Disney’s The Merlin Saga, which Scott is in talks to direct. Although he hasn’t signed on the dotted line, sources suggest is will likely be his next movie.

The film will be based on T.A. Barron’s books, which follow ‘the origin story of a young Merlin who would go on to become the mentor of the classic literary character King Arthur.’

While several King Arthur movies have been in development all over Hollywood, and Guy Ritchie’s recent Arthurian film starring Charlie Hunnam failed, Disney still thinks it’s worth betting on. As well as The Merlin Saga, they’re also working on a live-action version of Sword In The Stone. Scott has apparently met the producers of that movie, which suggests they’re hoping the two can live alongside one another, perhaps building the sort of Arthurian franchise Ritchie was hoping for (but more magical).

Philippa Boyens, best known for co-writing many of Peter Jackson’s movies, including Lord Of The Rings and The Hobbit, is set to pen the screenplay. It’s not known when we might see the movie. 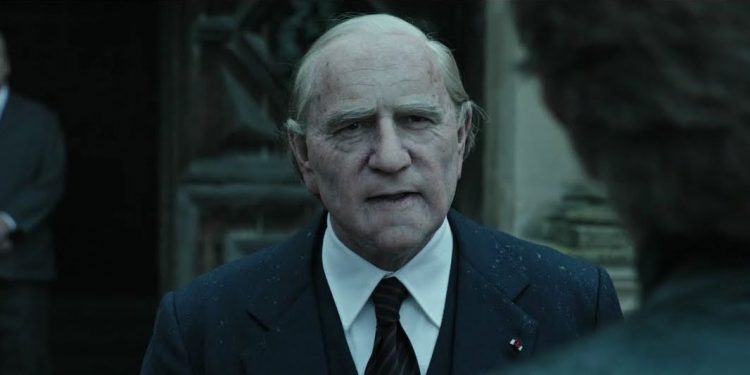 When most people get a little older they start to slow down and contemplate retirement. However, others start working even harder. One of those people is 79-year-old Ridley Scott. Not content with having directed a bid budget sci-fi movie this year (Alien: Covenant) has decided to squeeze in a drama as well – All The Money In The World.

Here’s the synopsis: ‘ALL THE MONEY IN THE WORLD follows the kidnapping of 16-year-old John Paul Getty III (Charlie Plummer) and the desperate attempt by his devoted mother Gail (Michelle Williams) to convince his billionaire grandfather (Kevin Spacey) to pay the ransom. When Getty Sr. refuses, Gail attempts to sway him as her son’s captors become increasingly volatile and brutal. With her son’s life in the balance, Gail and Getty’s advisor (Mark Wahlberg) become unlikely allies in the race against time that ultimately reveals the true and lasting value of love over money.’

Take a look at the trailer below. The film is out in early December in the US will arrive in the UK a month later. END_OF_DOCUMENT_TOKEN_TO_BE_REPLACED 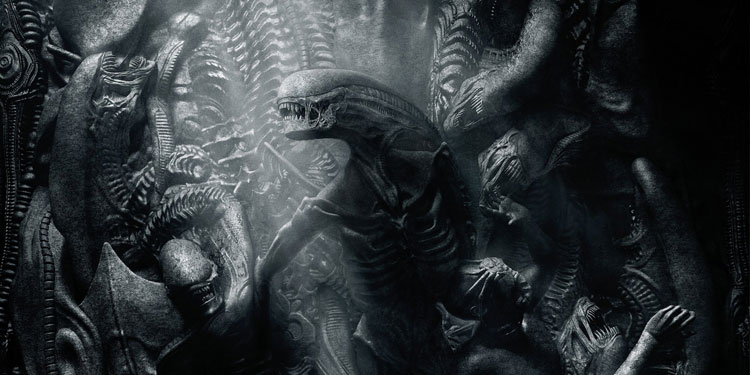 Fox is going all out to say the Alien Covenant will not be like Prometheus, and it will indeed feature lots of the xenomorphs we come to know and love/hate. That continues with the new poster below, which manages to be rather creepy and also unusually artistic (for Hollywood at least).

The movie will be in cinemas in May. END_OF_DOCUMENT_TOKEN_TO_BE_REPLACED 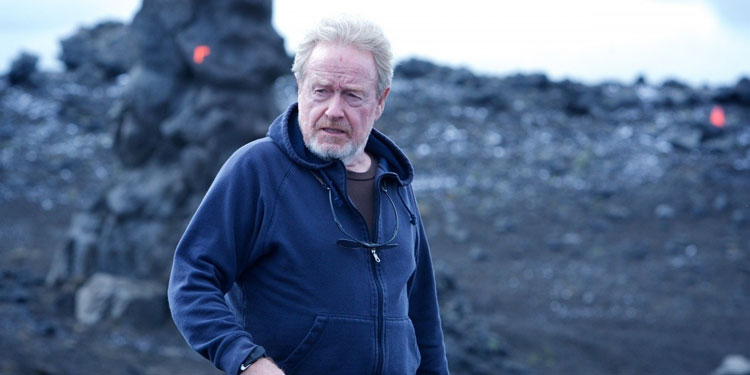 Ridley Scott is busy finishing up his latest Alien movie, Covenant, and while he’s promised there’s another trip into world of xenomorphs coming in the future, he’s planning something rather different before he completes his Alien prequel trilogy. Variety reports he’s set to direct a movie about the real-life kidnapping of the grandson of billionaire John Paul Getty, with Natalie Portman possibly starring.

The film will be about, ‘the 1973 kidnap in Italy of J. Paul Getty III — the rebellious teenage grandson of oil billionaire J. Paul Getty, who was reluctant to pay the $17 million ransom demanded by the kidnappers… The kidnappers sent a lock of hair and the teen’s severed right ear to the family to convince them pay the ransom. Harris and the boy’s father eventually convinced the elder Getty to pay a $2.9 million ransom, resulting in the teenager being freed after six months. He had been chained to a stake in a cave in Italy.’

Natalie Portman is circling the role of John Paul Getty III’s mother, Gail Harris, a role Angelina Jolie was recently offered, but turned down due to scheduling issues. Scott is planning to start shooting almost immediately after he’s completed publicity duties on Alien:Covenant, with filming set to begin in Italy in late May. 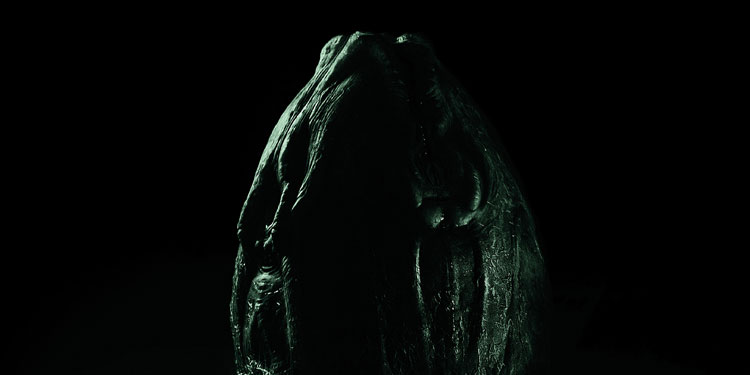 The new Alien: Covenant trailer is certainly intriguing. After the mixed reaction to Prometheus, it’s certainly keen to show this will be a more typical Alien movie, while also suggesting it won’t be exactly the same as the earlier movies.

It also hints towards some mysteries, such as what spores have to do with the film, what a strange white monster that’s briefly glimpsed is, and exactly how it links to both Prometheus and later Alien movies.It’s all immensely tantalising.

The movie will be in cinemas in May. Take a look at the new trailer and a new poster below. END_OF_DOCUMENT_TOKEN_TO_BE_REPLACED 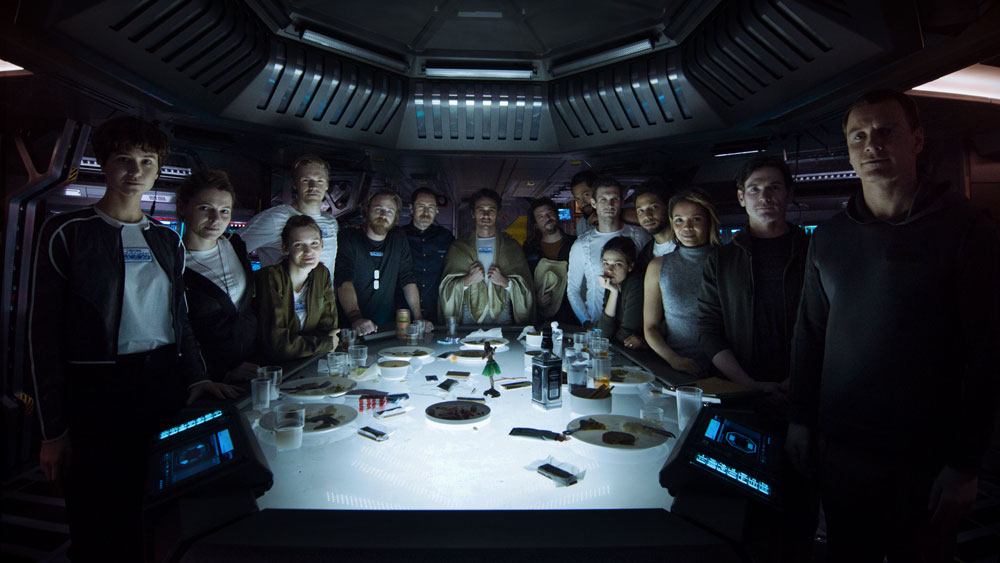 Prometheus may have resulted in some grumbling from critics and audiences, but it was certainly a success at the box office, grossing more than $400 million. It meant that Fox wanted another movie, but they also wanted a few changes, so while Michael Fassbender got to stay, most of the other elements have been jettisoned in favour of what’s said will be a more ‘traditional’ alien movie.

A new cast & crew pic has arrived, which gives us a fresh look at Fassbender, the new lead, Katherine Waterston, as well as our first official view of James Franco in the film, who is rumoured to be playing Ellen Ripley’s father.

The movie will be in cinemas next May.