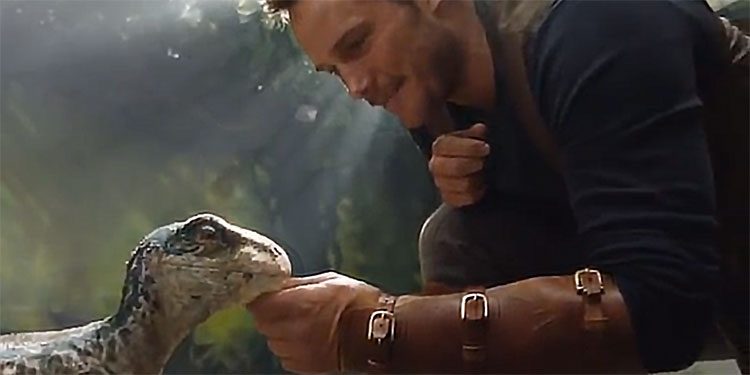 It’s very short, but the first footage from Jurassic World: Fallen Kingdom has arrived online, which shows as Chris Pratt back as Owen Grady, petting a very cute baby raptor. I suppose it’s a good thing Owen still has a good relationship with at least some of the dinos after the dramatic events of Jurassic World!

The footage was released on Twitter by Colin Trevorrow who directed Jurassic World and co-wrote and produces the sequel.

There’s still very little info on the exact plot, although the title suggests that there will still be major problems with the Park (we do know the film is returning to Isla Nublar, the original Jurassic Park/World island). Chris Pratt and Bryce Dallas Howard will once more be having dinosaur troubles, with Jeff Goldblum’s Ian Malcolm also returning to the franchise.

It’s been suggested that the movie will further explore the weaponisation of dinosaurs through genetic manipulation, although that hasn’t been confirmed. J.A. Bayona directs, with a June 2018 release date set.

Take a look at the first footage below. END_OF_DOCUMENT_TOKEN_TO_BE_REPLACED 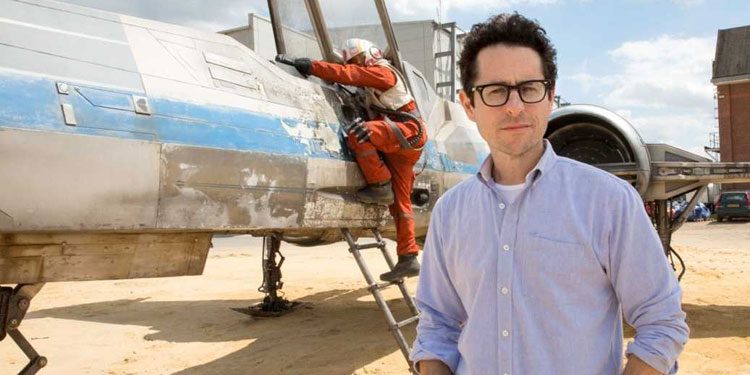 Seemingly keen not to repeat the troubled productions of Rogue One and the upcoming Han Solo Star Wars movie, Lucasfilm moved last week to part ways with Jurassic World director Colin Trevorrow before they got to the point where cameras were rolling. While many were surprised by the news, it’s been suggested that Trevorrow’s tendency to be inflexible about what he wanted to do, frustrated Lucasfilm chief Kathleen Kennedy, and so she fired him.

However, it would appear that they already had a replacement in mind, and it’s the man who so successfully relaunched the Star Wars franchise with The Force Awakens – JJ Abrams. He is not set to write and direct Episode IX, allowing him to complete the trilogy that’s suggested will bring the Skywalker saga to a close. It is fitting, as it’s believed the only reason he didn’t helm Episode VIII was because Disney wasn’t willing to delay the release to give him more time to put things together.

Kathleen Kennedy comments, “With The Force Awakens, J.J. delivered everything we could have possibly hoped for, and I am so excited that he is coming back to close out this trilogy.”

It does mean though that the May 2019 release date currently set for Episode IX is now looking a little ambitious, The smart bet is that it will be delayed until at least December 2019 and may even arrive a little later. However, with Abrams back behind the wheel many fans will be happy to wait a little longer is it ensures we get something as entertaining as The Force Awakens. 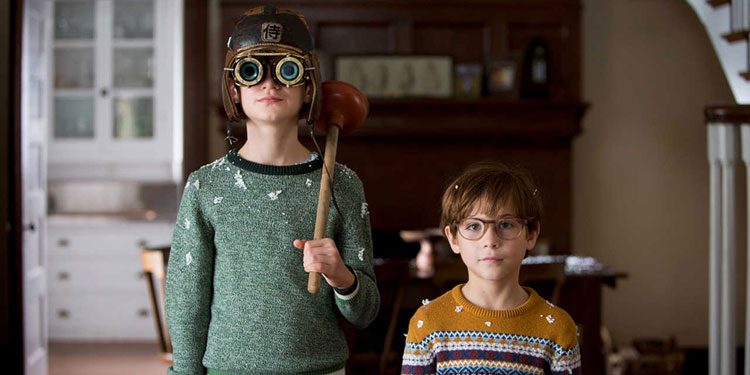 Jacob Tremblay, Sarah Silverman and Lee Pace also star. Take a look at the trailer below. The Book of Henry will be in cinemas this summer. END_OF_DOCUMENT_TOKEN_TO_BE_REPLACED