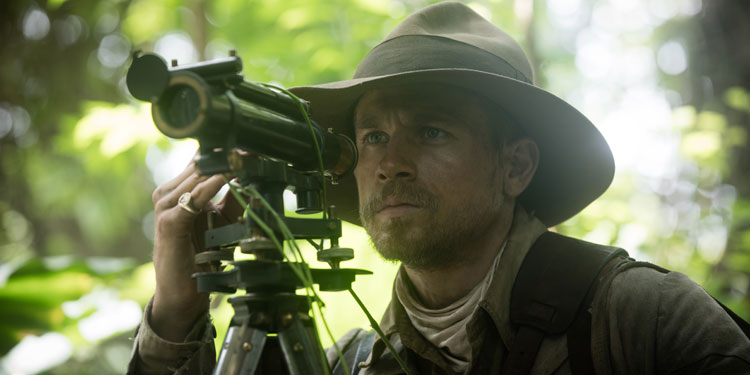 Synopsis: ‘Based on author David Grann’s nonfiction bestseller, THE LOST CITY OF Z tells the incredible true story of British explorer Percy Fawcett (Charlie Hunnam), who journeys into the Amazon at the dawn of the 20th century and discovers evidence of a previously unknown, advanced civilization that may have once inhabited the region.

‘Despite being ridiculed by the scientific establishment who regard indigenous populations as “savages”, the determined Fawcett – supported by his devoted wife (Sienna Miller), son (Tom Holland) and aide de camp (Robert Pattinson) – returns time and again to his beloved jungle in an attempt to prove his case, culminating in his mysterious disappearance in 1925.’

Take a look at the new UK trailer below. The movie will be in UK cinemas on March 24th. END_OF_DOCUMENT_TOKEN_TO_BE_REPLACED

How quickly things change. A couple of years again, any film with Robert Pattinson in would have screamed his presence from the rooftops. However, with The Lost City Of Z, you’d hardly know he was there (although the ridiculous beard in the last shot means we probably wouldn’t have recognised him anyway. Instead the focus is on Charlie Hunnam, and to a lesser extent Tom Holland.

Here’s the synopsis: ‘Based on author David Grann’s nonfiction bestseller, THE LOST CITY OF Z tells the incredible true story of British explorer Percy Fawcett (Charlie Hunnam), who journeys into the Amazon at the dawn of the 20th century and discovers evidence of a previously unknown, advanced civilization that may have once inhabited the region. Despite being ridiculed by the scientific establishment who regard indigenous populations as “savages,” the determined Fawcett – supported by his devoted wife (Sienna Miller), son (Tom Holland) and aide de camp (Robert Pattinson) – returns time and again to his beloved jungle in an attempt to prove his case, culminating in his mysterious disappearance in 1925. An epically-scaled tale of courage and obsession, told in Gray’s classic filmmaking style, THE LOST CITY OF Z is a stirring tribute to the exploratory spirit and those individuals driven to achieve greatness at any cost.’

The movie is due in cinemas next Spring. END_OF_DOCUMENT_TOKEN_TO_BE_REPLACED It’s here – the first trailer for Spider-man: Homecoming. It has to be said it’s pretty cool, with some great action, a menacing Michael Keaton as the Vulture, and Robert Downey Jr. showing up as Tony Stark to give the young Peter Parker a bit of advice.

Here’s the synopsis: ‘A young Peter Parker/Spider-Man (Tom Holland), who made his sensational debut in Captain America: Civil War, begins to navigate his newfound identity as the web-slinging super hero in Spider-Man: Homecoming.  Thrilled by his experience with the Avengers, Peter returns home, where he lives with his Aunt May (Marisa Tomei), under the watchful eye of his new mentor Tony Stark (Robert Downey, Jr.). Peter tries to fall back into his normal daily routine – distracted by thoughts of proving himself to be more than just your friendly neighborhood Spider-Man – but when the Vulture (Michael Keaton) emerges as a new villain, everything that Peter holds most important will be threatened.’

Take a look at the new trailer below (we’ve included both the international and US versions). It’ll be in cinemas next July. END_OF_DOCUMENT_TOKEN_TO_BE_REPLACED While many were dubious about yet another reboot of Spider-man, Tom Holland certainly made in impression in Captain America: Civil War, which ensures that there’s plenty of anticipation for Spider-man: Homecoming. We should be getting the first full trailer shortly, but as a warm-up, a brief teaser and a new pic from the movie has arrived.

Not a vast amount of plot details have been released, but Tom Holland tells USA Today that the movie is “more a character piece about this kid who’s struggling to talk to girls and also struggling to save the city.” He also adds that while it’s not yet another Spidey origin story,  “This is really a movie where Spider-Man’s not the finished article. He really does learn and he makes massive mistakes. It’s nice to see a kid do that and then try to rectify those mistakes.”

Take a look at the teaser below. END_OF_DOCUMENT_TOKEN_TO_BE_REPLACED 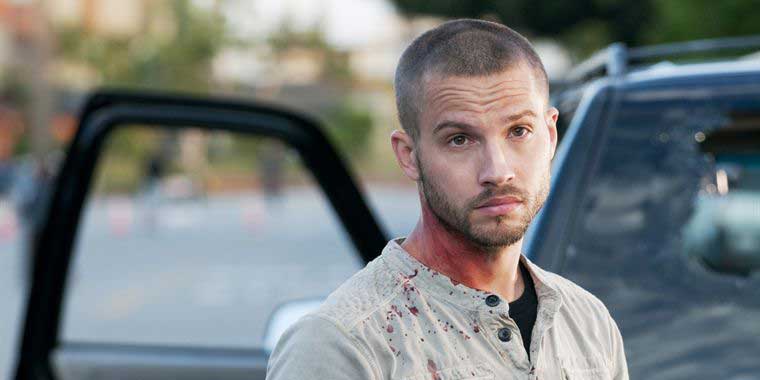 It’s not known exactly who they will play, but THR suggests Prometheus’ Marshall Green will be a villain, alongside Keaton’s main bad guy. Starr’s role is a complete mystery.

Indeed, Sony has been keeping most details about the plot close to it’s chest, as we don’t even know who the main villain will be, although it’s rumoured Keaton will be Vulture. Jon Watts is directing the movie, which starts shooting soon for released July 2017. A couple of weeks ago Marvel Studios head honcho Kevin Feige suggested that the deal between Marvel and Sony didn’t just mean Spidey would appear in Captain America: Civil War, but that some of the Marvel characters could make a trip to a standalone Spider-man movie. Now we know at least one person who’ll do that – Robert Downey Jr’s Tony Stark.

It’s a far cry from when Downey Jr. suggested he might hang up his Iron Man suit after the second Avengers movie, only to sign on for two more Avengers flicks and then Civil War. Now he’s extending things even further with an appearance in Spider-man: Homecoming, according to Variety.

What’s not known though is how big a role it will be. However with reports saying Downey Jr. has great chemistry with Tom Holland’s Peter Parker in Civil War it certainly makes sense to bring them back together.

Jon Watts is due to direct Spider-man: Homecoming, which is due out July 2017.