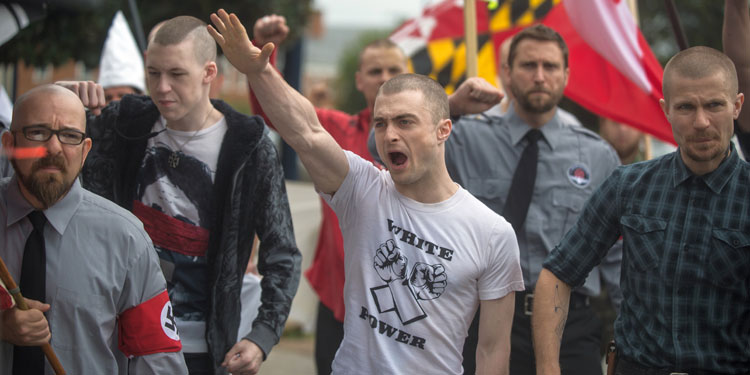 In the film, Daniel Radcliffe is FBI Agent Nate Foster, who’s been working on Islamic fundamentalist terrorism until he’s pulled aside by Angela Zamparo (Toni Collette), who wants him to go undercover into the white supremacist movement. The FBI knows that six canisters of radioactive material has gone missing, and their biggest clue is that a neo-Nazi radio host, Dallas Wolf (Tracy Letts), appears to know more than he ought to about it. END_OF_DOCUMENT_TOKEN_TO_BE_REPLACED