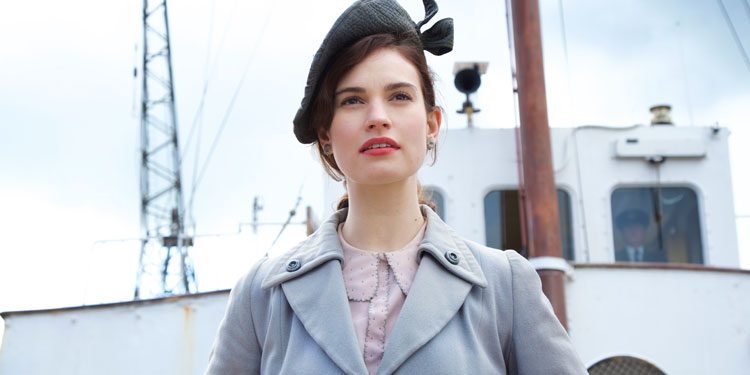 It’s perhaps not surprising that in the US, the movie version of Annie Barrows’ popular novel, The Guernsey Literary and Potato Peel Pie Society, is going by the simpler title, Guernsey. However, in the UK we’re get the more verbose name for the Channel Island set film.

Here’s the synopsis: ‘Lily James plays free-spirited journalist Juliet Ashton, who forms a life-changing bond with the delightful and eccentric Guernsey Literary and Potato Peel Pie Society, when she decides to write about the book club they formed during the occupation of Guernsey in WWII.

The movie is due in UK cinemas on April 20th. Take a look at the trailer for the movie below. END_OF_DOCUMENT_TOKEN_TO_BE_REPLACED