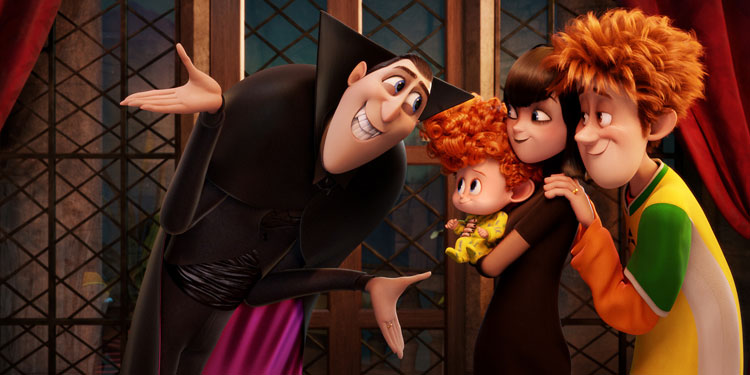 Hotel Transylvania was a far bigger success than many people expected. Indeed, even Sony Pictures appeared to be taken by surprise, but it didn’t take them long to decide a sequel was needed. That follow-up quickly takes us through the next few years of the story, which sees monsters and humans starting to get along better across the world.

Dracula’s daughter Mavis marries slacker boyfriend Jonathan and they have a child, Dennis. As Dennis is only half-vampire, it’s not clear whether he will end up being a monster or not, but Dracula is determined that before he’s five, his grandson will spout fangs, as he knows that otherwise he will remain human forever. Mavis meanwhile feels that if Dennis is indeed more human than monster, perhaps it would be better if they went to live in the ‘normal’ world. END_OF_DOCUMENT_TOKEN_TO_BE_REPLACED