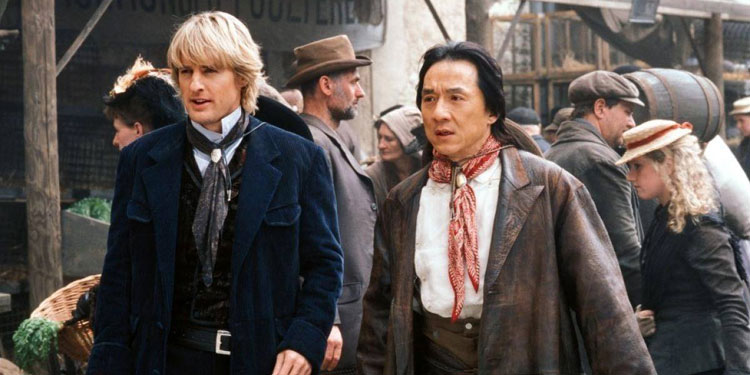 It’s time for another sequel that no one asked for, but with Hollywood looking for any and every way to entice Chinese audience, it’s been revealed that Jackie Chan and Owen Wilson getting back together for a follow-up to Shanghai Noon and Shanghai Knights, according to THR.

13 years on from the last movie, they’re in talks return as a former Chinese Imperial Guard (Chan) and a Wild West cowboy in the 19th Century. There’s no news on the exact plot of this one, but hopefully they’ve come up with something good, as the film was first put into development back in 2003, shortly after the release of Shanghai Knights.

Jared Hess (Napoleon Dynamite) is set to direct, from a script by Theodore Riley and Aaron Buchsbaum, based on a story by with Miles Millar and Alfred Gough (writers of the earlier Shanghai movies). It’s not clear when it might shoot.