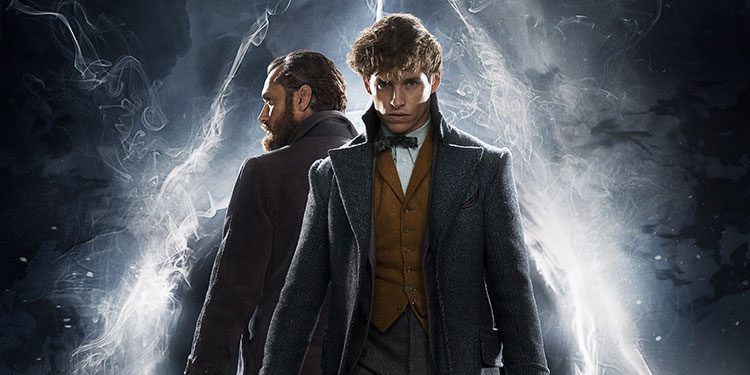 As with Harry Potter, it seems that after a comparatively simple first instalment the world of Fantastic Beast is going to grow and become far more complex with its second instalment (there are five films planned in total). It will also be more directly linked to the Potter adventures with the inttroduction of Jude Law’s young Dumbledore, and an exploration of his battle with the evil Grindelwald which we heard about in Rowling’s book, but were given few details about.

Those links are underlined in the first trailer for Fantastic Beasts: The Crimes of Grindelwald, which opens at Hogwarts while Law was just a teacher. Take a look at the trailer and poster for the movie below.

The film will be in cinemas on November 16th. END_OF_DOCUMENT_TOKEN_TO_BE_REPLACED 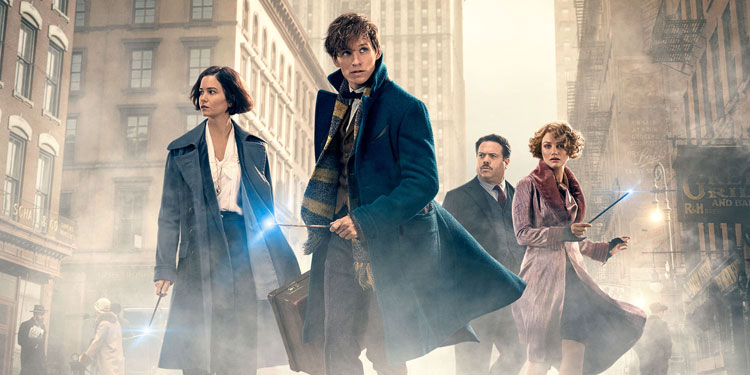 At one point, Deathly Hallows was the end. Now we’ve got a new Harry Potter play – Cursed Child – playing in London, and the imminent film spin-off, Fantastic Beasts and Where to Find Them, is on its way. The latter has now released its final trailer, which looks great – familiar enough to those who love everything Potter, while also promising something new.

Here’s the synopsis: ‘Academy Award winner Eddie Redmayne (“The Theory of Everything”) stars in the central role of wizarding world magizoologist Newt Scamander, under the direction of David Yates, who helmed the last four “Harry Potter” blockbusters.

‘“Fantastic Beasts and Where to Find Them” opens in 1926 as Newt Scamander has just completed a global excursion to find and document an extraordinary array of magical creatures. Arriving in New York for a brief stopover, he might have come and gone without incident were it not for a No-Maj (American for Muggle) named Jacob, a misplaced magical case, and the escape of some of Newt’s fantastic beasts, which could spell trouble for both the wizarding and No-Maj worlds.’

It’s also been announced that fans Will Be Treated to a Special Preview of New Footage From the Film in IMAX, and Can Be Part of a Live Interactive Q & A With the Stars and Director. The worldwide fan event will kick off on Thursday, October 13th, at 8:30 p.m. GMT (3:30 p.m. EDT, 12:30 p.m. PDT) and simultaneously in major cities in the U.S. and internationally.

Take a look below for the trailer and more info on a the event. END_OF_DOCUMENT_TOKEN_TO_BE_REPLACED 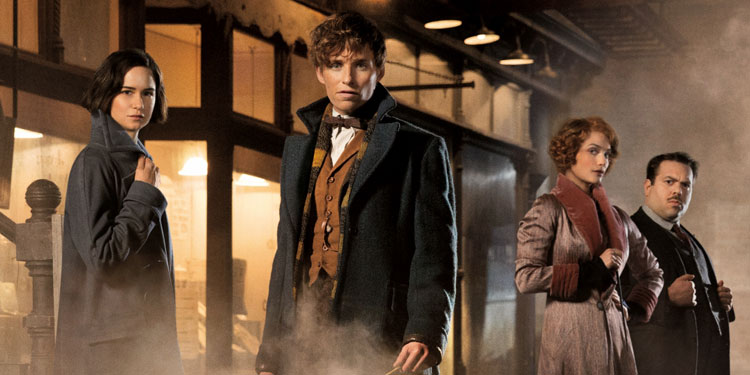 Fantastic Beasts and Where to Find Them opens in 1926 as Newt Scamander has just completed a global excursion to find and document an extraordinary array of magical creatures. Arriving in New York for a brief stopover, he might have come and gone without incident…were it not for a No-Maj (American for Muggle) named Jacob, a misplaced magical case, and the escape of some of Newt’s fantastic beasts, which could spell trouble for both the wizarding and No-Maj worlds.’

Take a look at the rather cool Comic-Con trailer below, which certainly manages to keep the Harry Potter feel, while also adding in a few new things (including an odd touch of Pokemon Go). Personally, I can’t wait! END_OF_DOCUMENT_TOKEN_TO_BE_REPLACED