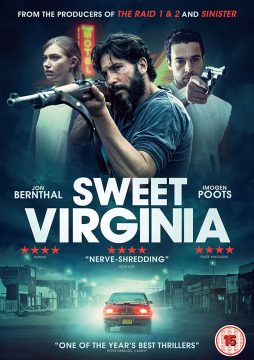 Sweet Virginia is a tense, violent neo-Western from the producers of The Raid 1 and 2 that will have you gripped from start to finish. As layered as it is tense this is a tight, brutal thriller with a meticulously crafted plot that starts with a gruesome murder scene and doesn’t let up from there. And it’s all carried along by a first-rate performance from The Punisher himself, John Bernthal.

For your chance to win Sweet Virginia on DVD, answer the question below and fill in your details, then press submit! The competition closes on January 29th, 2017, so get answering and good luck. END_OF_DOCUMENT_TOKEN_TO_BE_REPLACED 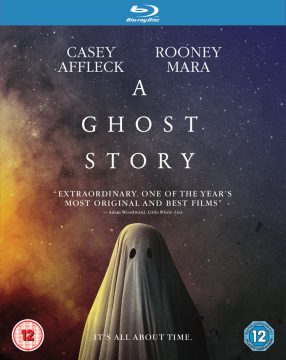 Casey Affleck follows up his Best Actor Oscar win last year with an extraordinary performance that will surely haunt next season’s awards ceremonies. Affleck stars alongside Rooney Mara, twice Oscar nominated for her roles in The Girl With The Dragon Tattoo and Carol. There is a wonderful poignancy between the pair, who, torn apart by grief, must come to terms with the implications of their mortality.

Unforgettable and ambitious, like modern art house classics Personal Shopper and Jim Jarmusch’s Paterson, A Ghost Story is a film that delves deep into the human psyche to explore what it means to exist, and lingers long in the memory, rewarding repeat viewings.

“Extraordinary. One of the year’s most original and best films” – Adam Woodward, Little White Lies

“Riveting slow-build of mystery and wonder” ★★★★★ – Robbie Collin, The Telegraph

For your chance to win A Ghost Story on Blu-ray, answer the question below and fill in your details, then press submit! The competition closes on January 28th, 2017, so get answering and good luck. END_OF_DOCUMENT_TOKEN_TO_BE_REPLACED 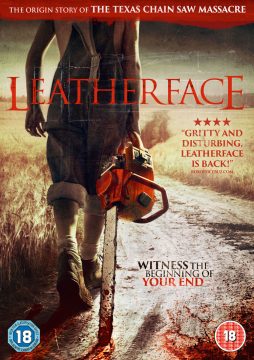 To celebrate the home entertainment release of LEATHERFACE, available now on digital download and on DVD from 8th January 2018, we have a DVD bundle up for grabs which includes Leatherface, The Blair Witch, Texas Chainsaw, Cage Dive, and The Autopsy of Jane Doe, courtesy of Lionsgate Home Entertainment!

When the original The Texas Chain Saw Massacre burst onto the screen in 1974, a new horror legend was born, in the form of a mumbling, bumbling, flesh-masked, chainsaw wielding maniac – Leatherface! Seven films and untold gruesome deaths later, audiences can finally find out who lurks behind the mask – and how he got there, in this stylish, scary and blood-soaked prequel.

The directors – masters of horror Alexandre Bustillo and Julien Maury – are a perfect fit for the material, having shocked audiences with their 2007 gory Gallic debut Inside, described by Twitch as ‘one of the harshest, most brutal and disturbing things to hit celluloid in recent years’. Here, the pair deliver brooding menace and nightmarish psychological horror, all the while ratcheting up the tension to the ninth degree.

With a fantastic cast – including genre favourites Stephen Dorff (Blade) and Lili Taylor (The Conjuring), as well as Game of Thrones star Finn Jones – this is a worthy addition to the Chain Saw franchise, and a thrilling examination of the genesis of a monster who is ranked alongside Freddy and Jason as one of the greatest horror characters ever.

The eagerly-awaited home entertainment debut of this slick, sick horror flick will have horror fans drooling with delight.

For your chance to win a horror DVD bundle, answer the question below and fill in your details, then press submit! The competition closes on January 21st, 2017, so get answering and good luck. END_OF_DOCUMENT_TOKEN_TO_BE_REPLACED 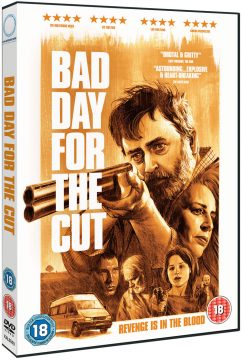 Heartbreaking and violent in equal measure, Bad Day for the Cut is a powerhouse of a revenge story that wowed audiences and critics at the Belfast Film Festival, the Sundance Film Festival – the first feature length film from Northern Ireland to be presented there – and on its recent tour of Northern Ireland. Brutal and breathtaking, this is one tale of vengeance you don’t want to miss.

Available to own on DVD from Monday 8th January from Kaleidoscope Home Entertainment.

For your chance to win Bad Day For The Cut on DVD, answer the question below and fill in your details, then press submit! The competition closes on January 21st, 2017, so get answering and good luck. END_OF_DOCUMENT_TOKEN_TO_BE_REPLACED 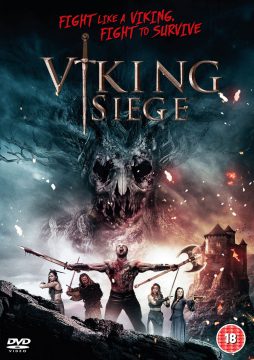 To celebrate the release of the blood-soaked action fantasy VIKING SIEGE – on DVD 26th December – we have a copy up for grabs.

Filled with foul-mouthed monks, brutish warriors on the rampage and a terrifying horde of growling, gruesome half-man half-tree mutants, VIKING SIEGE is no ordinary fantasy adventure film – but a slam bang homage to 1980s sword and sorcery films with a dash of Assault on Precinct 13 and Evil Dead thrown in, as the group are trapped in a monastery at the with merciless monsters prowling outside.

VIKING SIEGE will have you rooting for the warrior women as they find themselves, in a fantastic effects-packed finale, pitted against some of the nastiest, gnarliest foes this side of the White Walkers.

“A blood-soaked battle that’s out of this world!” Box Office Buz

For your chance to win Viking Siege on DVD, answer the question below and fill in your details, then press submit! The competition closes on January 7th, 2017, so get answering and good luck. END_OF_DOCUMENT_TOKEN_TO_BE_REPLACED 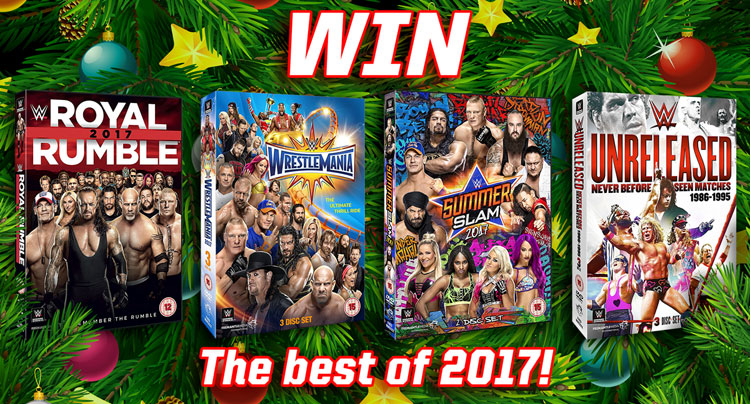 2017 has been another fantastic year for WWE and we are offering you the chance to win some of 2017 biggest and best releases!

Royal Rumble 2017 DVD
For 30 years, Royal Rumble has been a stepping-stone for Superstars to rise to legendary status by getting the chance to headline WrestleMania. Which Superstar from Raw or SmackDown Live will take their career to the next level? “The Phenomenal” AJ Styles and John Cena write the next chapter in their historic rivalry in a match for the WWE World Championship. WWE Universal Champion Kevin Owens faces challenger Roman Reigns with Kevin Owens’ best friend suspended high above the ring in a shark cage! And WWE Women’s Champion Charlotte Flair looks to extend her famed pay-per-view win streak against Bayley! Buckle up because we are now on The Road to WrestleMania!

Wrestlemania 2017 DVD
Welcome to WrestleMania, “The Ultimate Thrill Ride”! Brace yourself for incredible twists, unexpected turns, and unbelievable excitement! “The Beast Incarnate” Brock Lesnar challenges Goldberg for his Universal Championship – the richest prize on Raw. The intense rivalry between Randy Orton and Bray Wyatt comes to a head over SmackDown LIVE’s WWE Championship. Bayley defends the Raw Women’s Championship against Charlotte Flair, Sasha Banks, and Nia Jax in a Fatal 4-Way Elimination Match. “The Architect” Seth Rollins gets his chance at revenge as he takes on “The Game” Triple H in a Non-Sanctioned Match! And Roman Reigns faces one of the biggest tests of his career when he takes on Undertaker in a No Holds Barred Match! Plus, action from all your other favourite WWE Superstars, including all three pre-show matches!

SummerSlam 2017 DVD
WWE’s second biggest show of the year and the biggest party of the summer…. It’s SummerSlam! Coming from the Barclays Center, the main event shakes the foundations of Brooklyn when Brock Lesnar defends the Universal Championship against Roman Reigns, Braun Strowman and Samoa Joe in a Fatal 4-Way Match. And “The King of Strong Style” Shinsuke Nakamura gets his first chance at WWE gold when he faces “The Modern-Day Maharaja” Jinder Mahal for the WWE Championship. Plus much more!

For your chance to win these great WWE DVDs, answer the question below and fill in your details, then press submit! The competition closes on December 24th, 2017, so get answering and good luck. END_OF_DOCUMENT_TOKEN_TO_BE_REPLACED