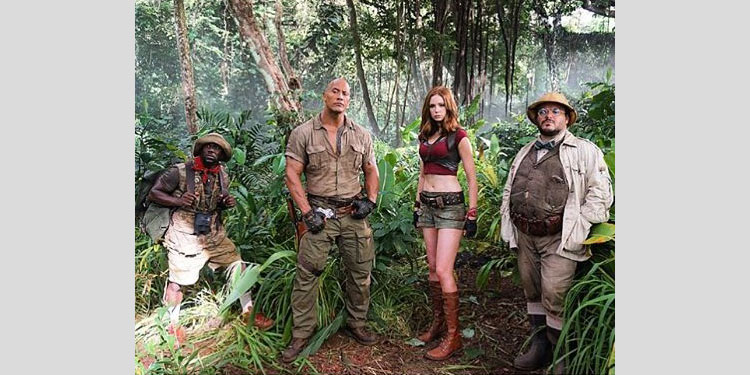 While some still aren’t sure whether Jumanji needs a reboot, it’s getting one and it’s now is production. Kevin Hart has posted the first image from the movie, which features the comedian alongside co-stars Dwayne Johnson, Jack Black & Karen Gillan.

It’s not known exactly how this reboot will handle the story, but it will still be based around the basic concept of a board game where what happens in the game also happens in real life, which causes havoc when the jungle starts to erupt into reality. Those involved have been keen to say that the movie will be respectful to the Robin Williams film, and that it is likely to take place in the same universe, rather than being a complete restart.

The new picture suggests the film may spend much of its time in the Jumanji jungle world, with the characters getting stuck inside the game and needing to get out. It’ll be in cinemas next year. 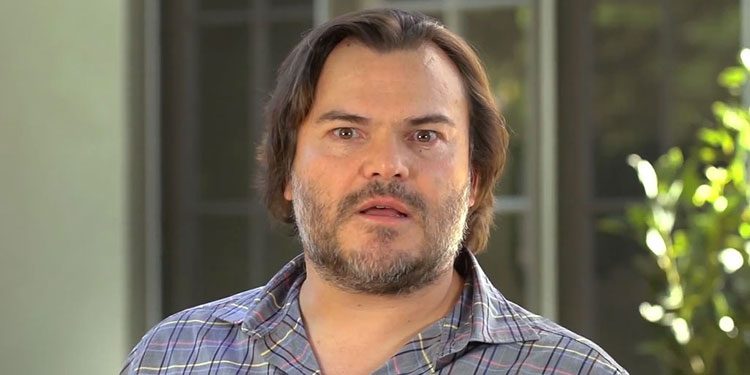 A few weeks ago it was revealed that Kevin Hart & Dwayne Johnson were in talks to start in the planned reboot of Jumanji. Now it turns out Hart isn’t the only funnyman in the mix, as TheWrap reports that Jack Black is up to play the third of the film’s five main roles.

It’s not known exactly how this reboot will handle the story, but it will still be based around the basic concept of a board game where what happens in the game also happens in real life, which causes havoc when the jungle starts to erupt into reality. However, with Johnson, Hart and Black, it may be a little more grown-up in tone than the 1995 movie.

Johnson has also been keen to point out that they intend to be respectful towards the earlier film and honour the memory of the original. Some have taken his comments to suggest this will be more sequel than complete reboot, but that’s currently unconfirmed. Jake Kasdan will direct.