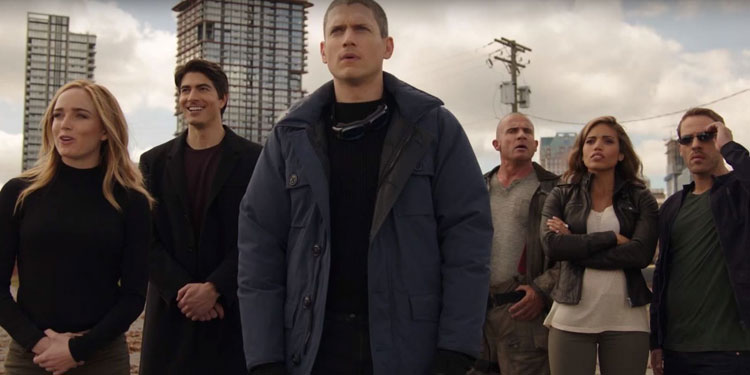 While Marvel has had great success in cinema but struggled more on TV, it’s generally been the other way around for DC. Arrow was soon joined by The Flash, then came Supergirl, online animated series and now Legends Of Tomorrow, with more shows planned. Legends certainly came with a lot of promise when it was first announced – a sort-of time-travelling equivalent of The Avengers – filled with lesser-known heroes (and villains), most of whom had been introduced in other DC shows.

Arthur Darvill plays Rip Hunter, who’s had a promotion since playing luckless companion Rory in Doctor Who, as he’s now a Time Master (not Lord), with his own equivalent of the TARDIS. Hunter comes from a future that has been taken over by the evil Vandal Savage, a 4,000-year-old immortal. Although he’s been banned from meddling in the past, Rip goes rogue, commandeering a time ship and heading to the 21st Century to put together a band of heroes, who will travel through time with him, trying to find Savage at various points in history so they can destroy him.

The team includes The Atom (Brandon Routh), who’s essentially Iron Man and Ant Man combined – a tech billionaire with a nifty super-suit that can make him really tiny. There’s also genius Dr. Martin Stein (Victor Garber) and mechanic Jax (Franz Drameh), who combine to create the flying Firestorm – think Fantastic 4’s Johnny Storm – as well as a crossover from Arrow with a resurrected Sara Lance becoming White Canary, who’s got a bit of a blood lust problem. Add to that two popular villains from the other shows, Captain Cold and Heat Wave (played by former – and future – Prison Break co-star Wentworth Miller and Dominic Purcell), who reluctantly make their way over to the good side. Lastly there’s Hawkgirl (Ciara Renee) and Hawkman (Falk Hentschel), whose history is intertwined with Savage’s, as they have reincarnated hundred of time and it’s by killing them over and over that Vandal retains his power and immortality.

Although there’s an awful lot of characters, there’s also the ingredients for a show that’s a lot of fun. However, this first Season doesn’t really capitalise on it. It starts out pretty dreadfully in fact, to the point where I can’t remember a pilot of a TV show featuring such dreadful acting. Performers you’ve seen be great in other shows, sometimes as the same character, are cringe-inducingly bad, not helped by the fact they have plenty of horrendously cheesy and ridiculous dialogue to spout.

Thankfully the acting improves after the first episode, but for the first half of the season the scripts don’t. There’s some great visual eye candy and effects, and Legends does its damnedest to be fun, but its weighed down by dialogue that’s horrifically dumb and by a tendency to treat even the most rudimentary form of logic as its mortal enemy. It quickly becomes difficult to accept that in nearly every situation the characters are going to do the stupidest thing imaginable. Sure, they’re still working out how the time travel thing works, but the show also treats them as breathtakingly dumb.

Things do pick up in the second half of the season, when it feels as if the writers have been given a stern talking to and told that just because this is a comic book show, it doesn’t mean they have to treat the audience like total morons who will accept anything as long as it looks pretty. Indeed, the producers of the show have admitted this first Season is severely flawed, and as a result they’re making plenty of changes for Season 2.

Part of the problem is that Legends seems uncertain how to deal with having so many characters, which means that people who were fun and verging on complex when they popped up in other DC shows, tend to be whittled down to one or two character traits here. The series’ initial insistence that everyone must have something to do all the time backfires, because the result is that character-wise, no one is doing all that much. Simultaneously those characters are surrounded by an ever more convoluted story that makes less and less sense. Vandal Savage doesn’t help either, as he’s a one-note, I’m-evil-because-I’m-evil-because-I’m-evil character played by Casper Crump in a way that doesn’t so much chew the scenery as relentlessly masticate it. He quickly becomes tedious rather than menacing.

Again the show seems to realise this partway through, and by the end of the 16 episodes it’s showing real promise, but it’s a bit of a slog to get there, especially for the first few episodes. With the producers looking at ironing out some of the remaining flaws, there’s still a massive amount of promise for Legends. We can only hope that from Season 2 onwards, this opening salvo will seem like a faulty start rather than the beginning of the end.

Overall Verdict: Legends Of Tomorrow certainly doesn’t start out well, with scripts that are pretty embarrassing. However, it improves as it goes on, and by the end of Season 1 shows there’s still hope this will end up a show about Legends rather than superhero also-rans. 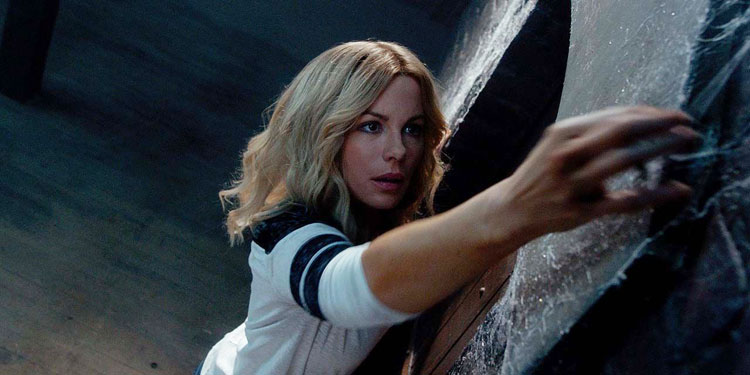 Here’s the brief synopsis: ‘The psychological thriller follows a woman (Kate Beckinsale) who moves into a new house with her 5-year-old son only to discover a secret room within the attic where unimaginable horrors are accidentally unlocked.’ Take a look at the trailer below. END_OF_DOCUMENT_TOKEN_TO_BE_REPLACED