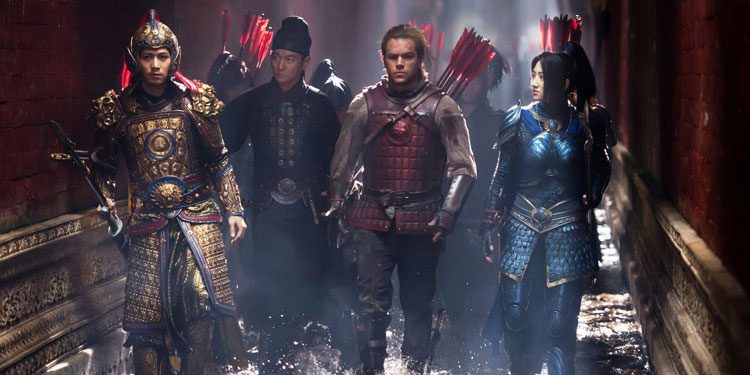 After watching this film you’re going to feel dumb. I bet you thought the Great Wall Of China was built to protect the north of the country from human invaders. Nope, it was to stop alien dinosaurs attacking and eventually becoming unstoppable.

Set hundreds of years ago, William (Matt Damon) gets mixed up in this after he and his friend, Tovar (Pedro Pascal) head towards China looking to steal/trade for the fabled ‘black powder’. They are attacked by one of the alien dinosaurs, known as Taotie, and soon after are captured by the Chinese military at the Great Wall. END_OF_DOCUMENT_TOKEN_TO_BE_REPLACED