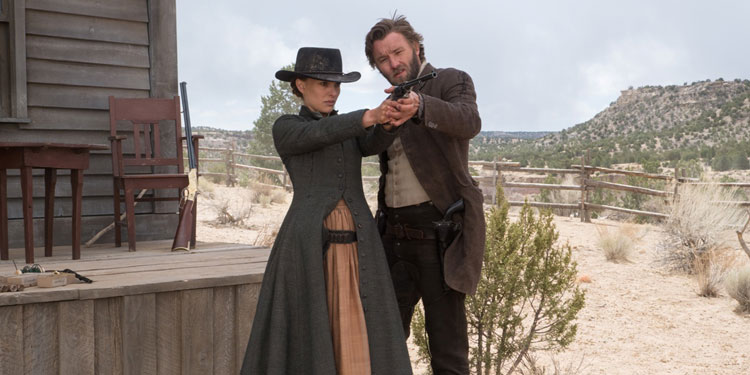 Jane Got A Gun has had a few problems. That included a revolving door of actors getting involved and then backing out (including the likes of Jude Law, Michael Fassbender and Bradley Cooper), and director Lynn Ramsey leaving the production so late in the day that they didn’t know she was gone until she didn’t turn up for the first day of shooting. She was quickly replaced by Gavin O’Connor, who didn’t have a huge amount of time to prepare, which may explain why Jane Got A Gun isn’t all it might have been.

Jane Hammond (Natalie Portman) is a woman living on the rough, tough, wild west frontier of 19th Century America. Her husband (Roland Emmerich) returns home riddled with bullets after a confrontation with the violent Bishop Boys gang, led by the brutal John (Ewan McGregor). They know the Boys are going to want to track him down to finish off the job. Jane decides she needs help and so decides to enlist her ex-lover, Dan Frost (Joel Edgerton). END_OF_DOCUMENT_TOKEN_TO_BE_REPLACED