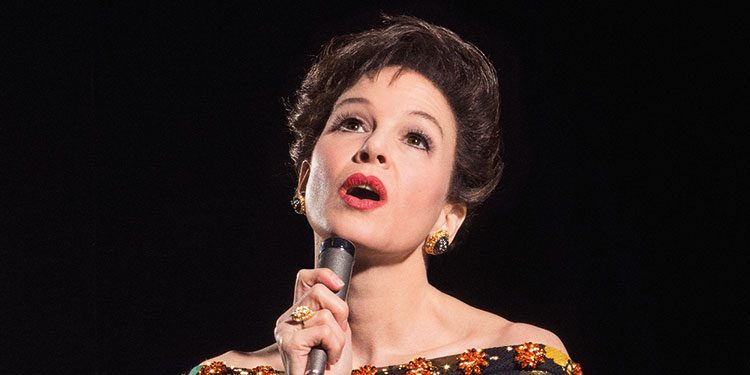 When Renee Zellweger returned to the public eye after a short career break, there were loads of (rather sexist) articles about how different she looked. Well, get ready not to recognise her again – but this time it’s deliberate, as she’s playing Judy Garland.

The image was released to mark the start of principal photography of Judy, which focuses on Garland’s legendary London concert series which took place shortly before she died.

Here’s the synopsis: ‘Winter 1968 and showbiz legend Judy Garland arrives in Swinging London to perform in a sell-out run at The Talk of the Town.

‘It is 30 years since she shot to global stardom in THE WIZARD OF OZ, but if her voice has weakened, its dramatic intensity has only grown.

‘As she prepares for the show, battles with management, charms musicians, and reminisces with friends and adoring fans, her wit and warmth shine through. Even her dreams of romance seem undimmed as she embarks on a courtship with Mickey Deans, her soon-to-be fifth husband. And yet Judy is fragile. After working for 45 of her 47 years, she is exhausted; haunted by memories of a childhood lost to Hollywood; gripped by a desire to be back home with her kids. Will she have the strength to go on?

‘Featuring some of her best-known songs, including the timeless classic ‘Over the Rainbow’, JUDY celebrates the voice, the capacity for love and the sheer pizzazz of “the world’s greatest entertainer”.’ 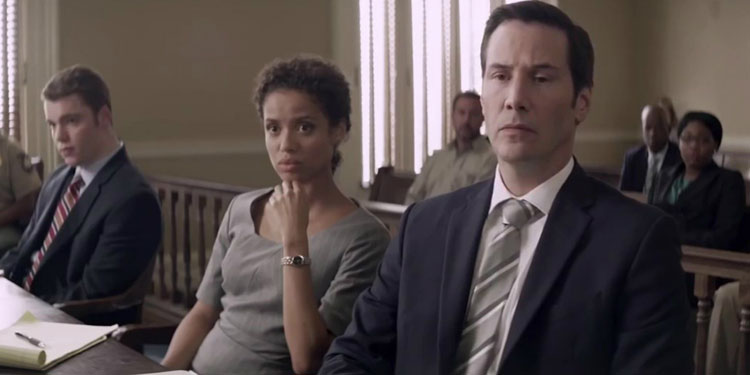 Keanu Reeves has been in dark action/thriller mode for the last couple of years, but now he’s heading into the courtroom to play a lawyer. The film also features Renée Zellweger, showing she’s now just returning to the world of movies for Bridget Jones movies.

Here’s the synopsis: ‘Defense attorney Richard Ramsay (Keanu Reeves) takes on a personal case when he swears to his widowed friend, Loretta Lassiter (Renée Zellweger), that he will keep her son Mike (Gabriel Basso) out of prison. Charged with murdering his father, Mike initially confesses to the crime. But as the trial proceeds, chilling evidence about the kind of man that Boone Lassiter (Jim Belushi) really was comes to light. While Ramsay uses the evidence to get his client acquitted, his new colleague Janelle (Gugu Mbatha-Raw) tries to dig deeper – and begins to realize that the whole truth is something she alone can uncover.’

The film will be out in the US in October. No UK date is currently set. END_OF_DOCUMENT_TOKEN_TO_BE_REPLACED 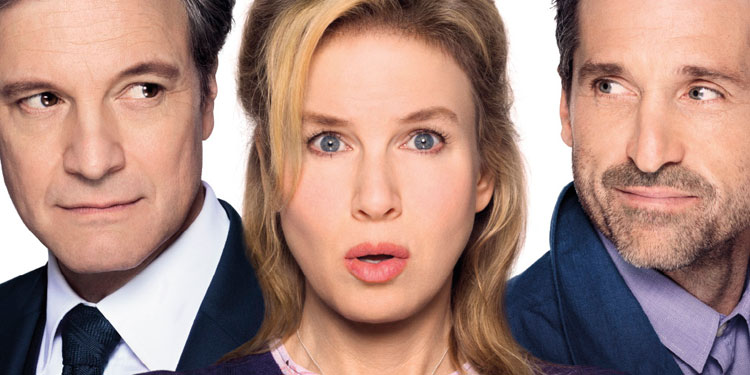 ‘After breaking up with Mark Darcy (Firth), Bridget Jones’s (Zellweger) “happily ever after” hasn’t quite gone according to plan.  Fortysomething and single again, she decides to focus on her job as top news producer and surround herself with old friends and new.  For once, Bridget has everything completely under control.  What could possibly go wrong?

‘Then her love life takes a turn and Bridget meets a dashing American named Jack (Dempsey), the suitor who is everything Mr. Darcy is not.  In an unlikely twist she finds herself pregnant, but with one hitch…she can only be fifty percent sure of the identity of her baby’s father.

The film is due out September 16th. END_OF_DOCUMENT_TOKEN_TO_BE_REPLACED 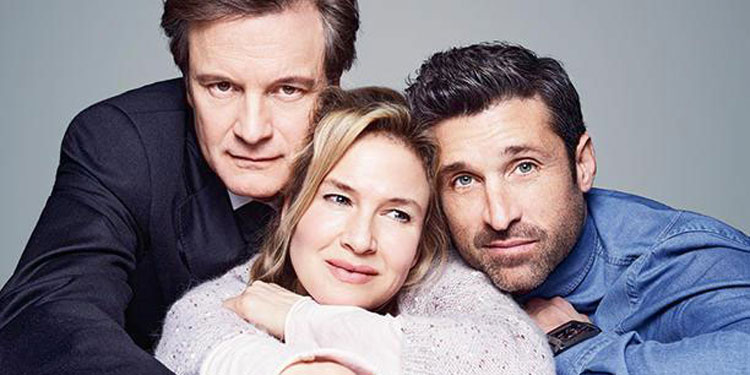 Bridget Jones is coming back to the world of film, although due to Hugh Grant deciding not to return, it’ll be a different story to the one told in Helen Fielding’s books. Instead of Grant we’ve got the addition of Patrick Dempsey alongside the returning Renee Zellweger and Colin Firth.

Back in October we got our first pic of Zellweger in the third Bridget movie, and now a few more have arrived via EW, giving us a further taste of the movie.

Things won’t be too different in the movie despite the lack of Hugh Grant, as once more she’s stuck between two attractive men, but the main issue this time is that she’s pregnant and isn’t 100% sure which of them is the dad. However, despite being preggers, we can expect Bridget to once more be a bit clumsy and prone to fnding herself in awkward situations.

Take a look at the new pics below. The movie will arrive in cinemas next autumn. END_OF_DOCUMENT_TOKEN_TO_BE_REPLACED