When Swiss Army Man debuted at Sundance, it got a rather mixed reaction, partly because nobody could believe that the movie featured Daniel Radcliffe as a farting corpse. The fact that despite being dead, his erection (covered up, of course) prominently features also got a lot of attention, while many pointed out it’s verging on the edge of a necrophiliac gay romance.

However, unless you were at the festival, you couldn’t actually see the movie. Now though, a trailer has arrived so we can get a taste of the film, and if you watch it, you’ll quickly realise that reports that this is a very unusual film were not exaggerations.

The film follows a castaway man (Paul Dano), who has reached the end of his tether living alone when a corpse (Radcliffe), washes up on the island. The movie then charts the growing relationship between the man and flatulent dead guy, which as you’ll see below, gets increasingly surreal and rather romantic.

Swiss Army Man is apparently a real audience divider, but it certainly looks intriguing. Expect to see it in cinemas later this year. And in case you’re wondering the scene right at the end is one that got many people talking, where Radcliffe is ridden like a jet-ski, powered by his farts! END_OF_DOCUMENT_TOKEN_TO_BE_REPLACED After the surprise success of Now You See Me, it didn’t take long for them to put a sequel into development. It has taken a little longer to arrive that originally planned, but now it’s on its way and the main trailer has arrived.

Here’s the synopsis: ‘THE FOUR HORSEMEN return for their second mind-bending adventure, elevating the limits of stage illusion to new heights and taking them around the globe. One year after outwitting the FBI and winning the public’s adulation with their Robin-Hood-style magic spectacles, the illusionists resurface for a comeback performance. When the Horsemen are threatened into pulling off their most impossible heist yet, their only hope is to perform one last unprecedented stunt to clear their names and reveal the mastermind behind it all. 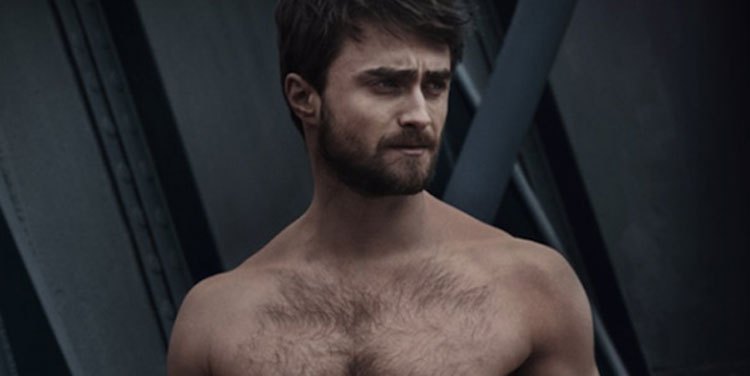 Since Harry Potter, Daniel Radcliffe has certainly been charting his own course, seemingly picking project he’s interested in rather than simply finding projects that are going to be enormous at the box office. It looks like he’s doing it again, as THR reports he’s signed up to star in Jungle.

Based on Yossi Ghinsberg’s memoir, Radcliffe will play ‘a young adventurer who went into the Amazon with two friends and a guide in what turned out to be a dangerous and deadly expedition’. Ghinsberg and his friend headed off into an unchartered area of Bolivia with a man who promised them adventure and gold, however things quickly went wrong, with Yossi ending up being lost for three weeks in the middle of nowhere, not even knowing which way civilisation was.

Kevin Bacon was previously attached to the film, but he isn’t mentioned in the latest report.

Greg McLean (Wolf Creek) will direct, based on a script by Justin Monjo. The movie will start shooting in Australia later this year.

It’s a sad week for British artists this week, as following the death of David Bowie it’s been announced that Alan Rickman has died, aged 69. A statement from his family revealed that he had been suffering from cancer, which sadly took his life.

While he didn’t make his movie debut until 1988 as Hans Gruber in Die Hard (but what a debut), he had already appeared in several British TV shows and received massive amounts of praise (including a Tony nomination) for his stage work. Indeed it was while playing a scheming character in Dangerous Liaisons on Broadway that he came to the attention of producer Joel Silver, who cast him in Die Hard.

After going up against John McClane, he became one of Britain’s most respected screen actors, thanks to films such as Truly Madly Deeply, Robin Hood: Prince Of Thieves (for which he won a BAFTA), Sense & Sensibility, Galaxy Quest, Sweeney Todd and Love Actually. Of course, he also found a legion of fans with his pitch perfect portrayal of Severus Snape in the Harry Potter movies.

As well as acting he directed two movies, 1997’s The Winter Guest and 2014’s A Little Chaos, both of which he also provided the screenplay for. 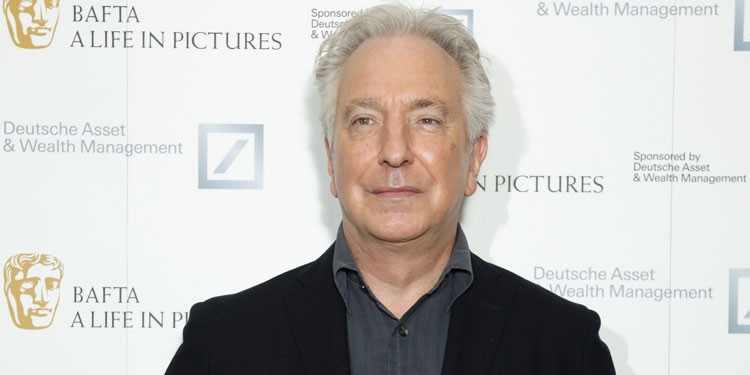 Unsurprisingly news of his passing has been greeted with sadness by those who knew and admired him, including the younger cast of Harry Potter, many of whom noted that despite the villainous characters he often played on screen, he was one of the most generous and influential people they knew as they grew up.

Daniel Radcliffe summed it up with a post on Google+, where he wrote: ‘Alan Rickman is undoubtedly one of the greatest actors I will ever work with. He is also, one of the loyalest and most supportive people I’ve ever met in the film industry. He was so encouraging of me both on set and in the years post-Potter. I’m pretty sure he came and saw everything I ever did on stage both in London and New York. He didn’t have to do that. I know other people who’ve been friends with him for much much longer than I have and they all say, ‘If you call Alan, it doesn’t matter where in the world he is or how busy he is with what he’s doing, he’ll get back to you within a day.’

‘People create perceptions of actors based on the parts they played so it might surprise some people to learn that contrary to some of the sterner (or downright scary) characters he played, Alan was extremely kind, generous, self-deprecating and funny. And certain things obviously became even funnier when delivered in his unmistakable double-bass.

‘As an actor, he was one of the first of the adults on Potter to treat me like a peer rather than a child. Working with him at such a formative age was incredibly important and I will carry the lessons he taught me for the rest of my life and career. Film sets and theatre stages are all far poorer for the loss of this great actor and man.’