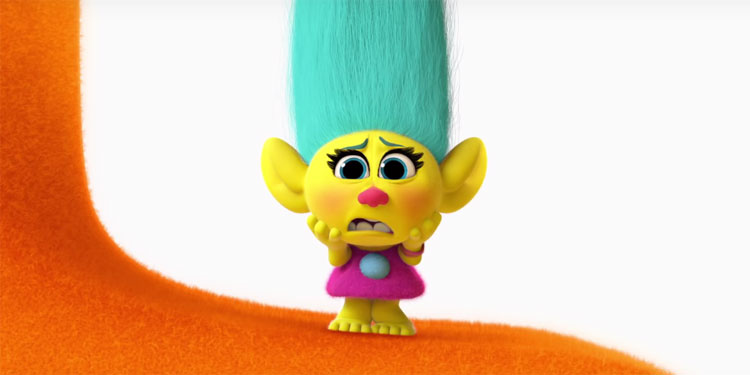 For many years, the fluffy-haired trolls were inexplicably popular as everything from keyrings to pencil toppers, despite the fact they were pretty ugly and had no discernible purpose. However that hasn’t stopped Dreamwords Animation deciding it would be worth making a movie based on them.

Here’s the synopsis: ‘DreamWorks’ TROLLS is a hair-raising comedy filled with unbelievable adventure and incredible music. Known for their crazy, colourful, and magical hair, Trolls are the happiest, most joyous creatures ever to burst into song. But their world of rainbows and cupcakes is changed forever, when their leader Poppy (Anna Kendrick,) must embark on a rescue mission that takes her far beyond the only world she’s ever known.’

The first teaser trailer has now been released, which you can take a look at below. The film itself will be out later this year. END_OF_DOCUMENT_TOKEN_TO_BE_REPLACED